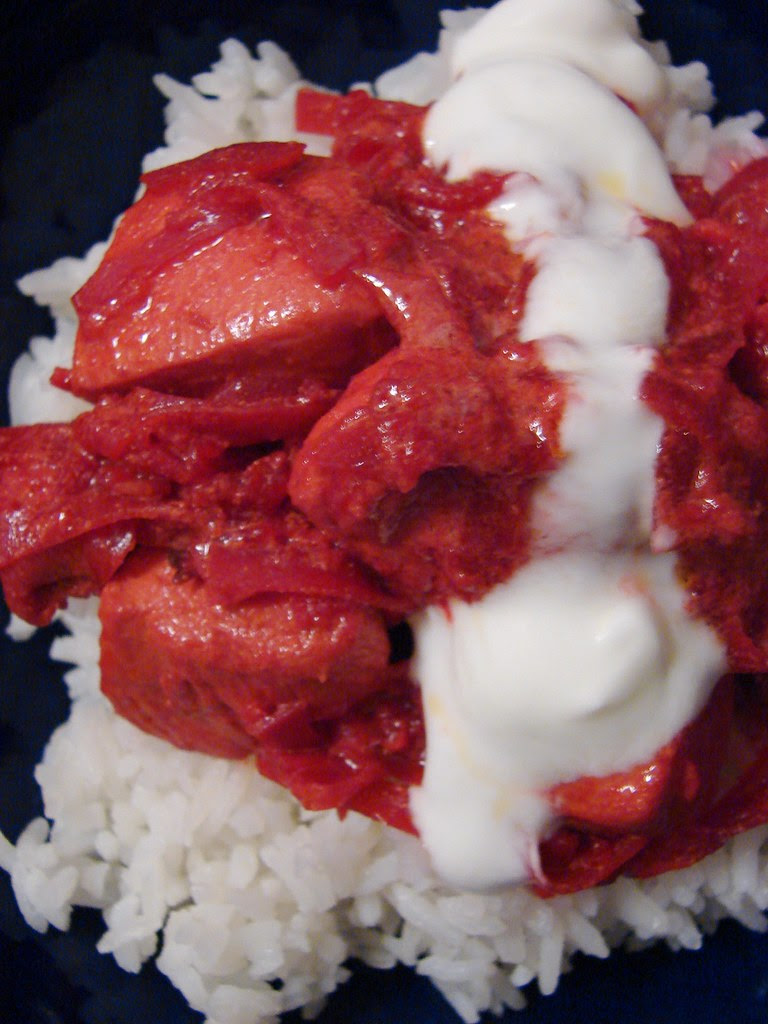 I get cookbooks from the library all the time. If I didn't, that would mean I would have to buy them, and then I'd be homeless, rendering the cookbooks useless. So library it is! One I have checked out right now is called Just One Pot, by Lindsey Bareham. Looking through this one I had a hunch that this would be one of those rare cookbooks that I would have to buy. There are lots of recipes in there that I want to try. But first! A test recipe. Like I said, there were many options I wanted to try, but I went for the bright pink recipe. How could I resist? We all know I get a kick out of bright pink food. So I chose a recipe called Magenta Chicken Curry. The magenta, of course, is from beets. I am still amazed at the gorgeous color of beets. So vibrant! This dish was certainly a looker! Oh, and it taste super-good, too. 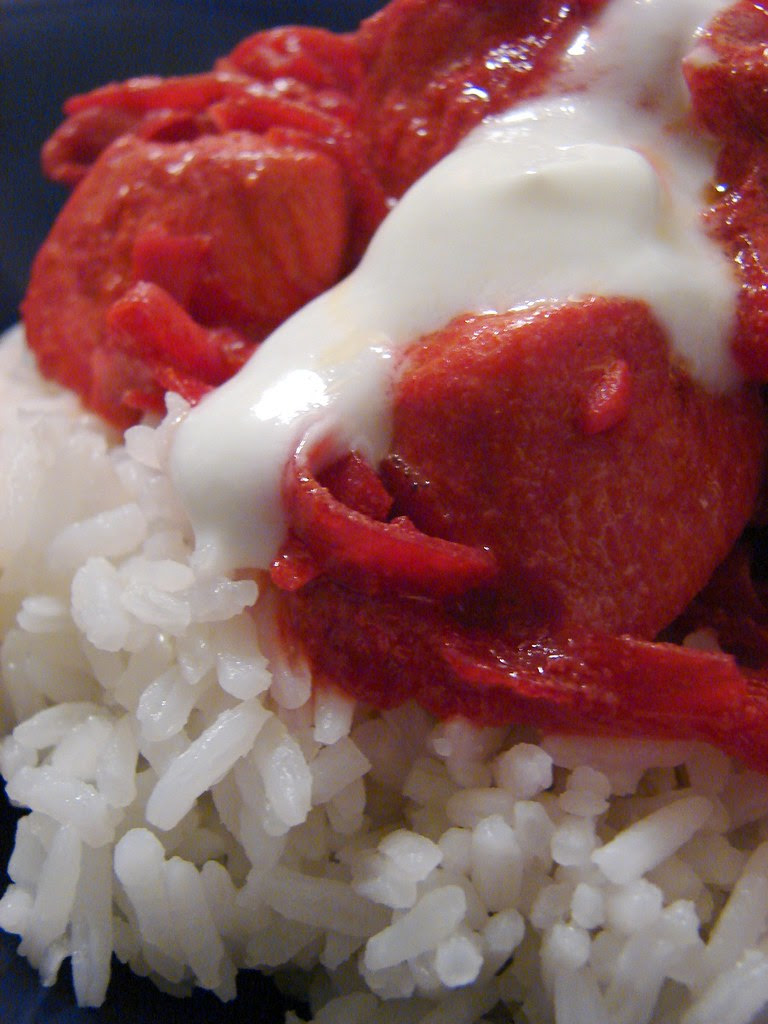 Here is the recipe (from my memory...I encourage you to check out the book...):

Just cover dried pepper with boiling water and let soak while onions cook. Slice onion thinly. In a large skillet, heat oil over medium heat. Add onion and cook until soft and golden. Remove pepper from water, cut off stem, slice open and remove seeds. Chop pepper finely, and add it, along with the ginger and garlic, to the onions. Cook 2 or 3 minutes, then add coriander. Cook another 30 seconds, then add the chicken. Cook until the chicken is no longer pink, then add the yogurt, cover and let simmer for about 15 minutes.

Meanwhile, peel and shred the beets directly into a small sauce pan using the large holes of a cheese grater or the large shredding blade on a mandolin. Add 1 1/4 cups of water and the juice of half a lemon to the beets, and cook 10-15 minutes until beets are tender.

Tip the beets and liquid into the pan with the chicken, stir and cook uncovered for about 10 more minutes, until curry thickens and all the flavors come together. Season with salt and lemon juice. Serve over jasmine rice and top with plain yogurt.

the beets are such a brilliant idea! wow, im definitely going to use them the next time i make a chicken curry. im wary of using the 'tandoori' food coloring in my food and beets are a great natural alternative. thanks!

This is a really interesting recipe. I have a tonne of beets that need using up and this would be perfect for dinner later on this week.