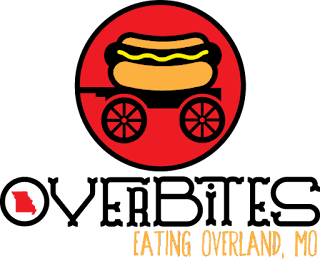 A few years ago my debit card got declined on a $3 purchase at QT. When I checked my bank account I saw that I was overdrawn because I was charged $8000 for 6 tacos at my favorite taqueria. After some phone-calls to the bank and visits to the owner it was determined that it was mistake made by the company that handles the credit transactions and everything was fixed. Every time I called the bank, the person helping me would pull up the account and make some kind of exclamation about how crazy it was: "How the heck did that even go through?" "Did you BUY the whole taco restaurant?!" and my favorite: "I hope those were some good tacos!"

Well, they were indeed good tacos. In fact,  I still frequent this taqueria, Taqueria Durango, despite the financial trauma that happened there.  I just pay cash now.

Located in an unassuming (okay, it's pretty dumpy looking, let's be honest) strip mall along Page Ave., I first discovered Durango when Ian wrote about them on the RFT's blog. I had driven by it twice everyday for years without a thought. For shame!

I always get tacos. They have a full menu of other Mexican favorites, but the tacos, man. I just can't not get the tacos. They all come served on 2 corn tortillas with cilantro and onions, unless you request otherwise. They have a dozen filling options, from the American palette-safe carnitas, barbacoa, chicken and fish, to tripe, head meat, fried pork skin and one of my favorites, lengua... tongue tacos! If you wince at the sound of tongue taco, do yourself a favor and give it a try. Tongue is one of the most tender cuts of meat on a cow, and Durango's is especially supple and flavorful.

The Tacos El Pastor are another favorite. Pork slow-cooked in a pineapple based sauce. Durango's El Pastor is not as sweet as others I've had. I like that. Between the pineapple and the slow-cooking El Pastor is another meat with great tenderness and satisfying flavor.

My most favorite taco at Durango is one that is new-ish to the menu, the pepper and cheese taco. It's just roasted poblano pepper, griddled cheese (I'm guessing chihuahua cheese or something similar?) and crema. Simple but oh so perfect.

Yet again, I broke outside my comfort zone for the sake of a blog post. I went to Durango and ordered something other than tacos! They have fantastic Tortas (okay, I don't ALWAYS order tacos... I've had several of their tortas). The most impressive of these sandwiches is the Ahogada, the "drowned sandwich." It's a giant torta filled with carnitas and onions, then covered in a savory spicy red sauce. This bad-boy is almost as big as the plate, and if the sauce doesn't make you sweat, the volume of pork definitely will (#meatsweats).  I couldn't finish mine, even though it was delectable.

Speaking or "large," Taqueria Durango very recently expanded into the space next to it, doubling it's dining room. What are you waiting for?? Go, now (bring cash).

Here we go! The first restaurant in my OverBites: Eating Overland, MO series. What else would it be but a landmark: Woofie's Hot Dogs! 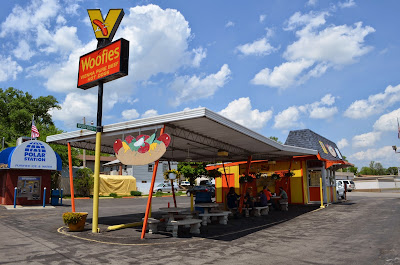 Woofie's has been around since the 70's, and you're very likely to know of it, or know someone who has fond memories there. The inside is lined with signed photos of celebrities who have woofed down the fanciful stand's all-beef wieners. The bright, kitschy exterior tells you everything you need to know. The weathering but still colorful, homespun interior is bound to entertain you while you wait for your order to come up. Sit at the narrow counter that wraps around the inside, or on the well-used concrete tables outside under the plywood hot dog-adorned awning. Or, drive through and bring your salty meat treasure somewhere to enjoy in private ;)

I usually order the Woofie Dog, a take on the classic Chicago dog with bright green relish, onions, tomatoes, pickle and sport peppers. And, mustard, of course... the ketchup at Woofies is for the fries only! (Which are quite good... hot, thin, but not shoe-strings, dusted with seasoned salt, and portioned amply). The bun is always soft and adorned with cruncy little poppy seeds. The Dog itself is an all-beef Vienna dog, the kind that snaps when you bite into it. Perfect.

For this post, I ventured out of my comfort zone so I could tell you about the variety of encased meat creations Woofie's offers. I'm glad I did! I no longer dwell in a Woofie Dog bubble...


The corn dog at Woofies is a good example of what a corndog ought to be. Served up piping hot, the Vienna dog surrounded by a crunchy on the outside, soft-and-moist-on-the-inside cornbread, that is just the right sweetness and has a bit of good cornmeal graininess. Dipped in mustard, this is a treat that will have you dreaming of ferris wheels and cotton candy (Woofie's has neither).


The Coney Dog is smothered in a savory brown beef and bean chili, yellow cheese sauce, onions and (seemingly ever-present) pickles. This is a dog you gotta eat with a spork and knife (provided). Messy and satisfying. I don't normally like this kind of gooey yellow cheese sauce, but beneath the thick chili, wrapping around the dog, it really works.

The Fire Dog has all the same toppings as the Woofie dog, but instead of the Vienna Dog it has a spicy Polish Sausage. I believe they deep-fry this red meat tube. It's got bite, but won't burn your face off. It will, however, rock your face off. Another to add to my regular order rotation (don't tell my doctor!)

There are plenty more menu items... the Big Herm, The Kathy Dog, tamales, burgers, pastrami sandwich.... but I think I've whet your appetite to go try them for yourself. And let me know when you do... I can be there in 2 minutes!

There is a definite correlation between the date I bought my first house and the date I started slacking majorly on this blog. Houses are very time-consuming...who knew? I love my home, but I miss blogging. I think I've come up with a good way to settle into my neighborhood whilst re-entering the land of the active bloggers... 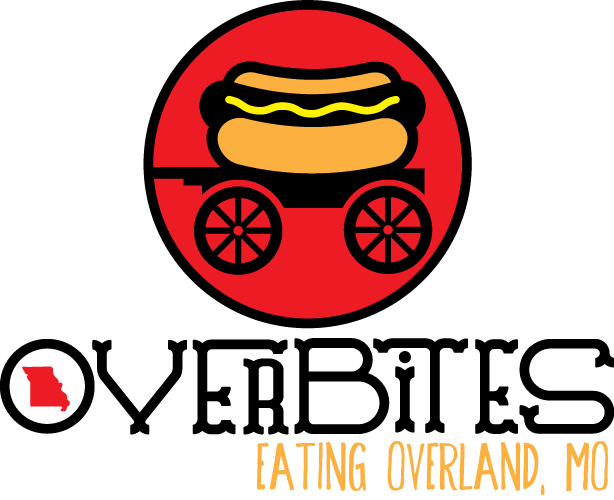 That's right! A series on my favorite places to eat in Overland, MO, an unassuming, centrally-located, quiet little St. Louis suburb. And my new home.

You may be surprised on the quality and diversity of the food in this town... you may have OVER-looked it as a food destination. I look forward to bragging on it. But first? A bit of history.

Overland was first settled in the early 1820's by people traveling westward. Daniel Boone built a cabin here! It was a wagon train stop, hence the wagon imagery in my "OverBites" logo (we'll get to the hot dog in a bit). The original name was "Overland Park," but got shortened in 1919 to avoid confusion with the Kansas town of the same name.

Build-A-Bear Headquarters is located in Overland, as is the manufacturer of concentrate for Dr. Pepper! Cuddles and bubbles!

That's about the gist of it. Sorry, there's not much info out there that I can find, but hopefully I will learn more as I work on this series. As far as the hot dog in the logo, it represents Overland's most famous restaurant, Woofie's, which will be the subject of my first OverBites post. Stay tuned...
Posted by ironstef No comments: