This weekend I "catered" a friend's Halloween party. It was quite a bit of work, but not stressful at all. I got to try some recipes I've been hoarding. Here's what I made: 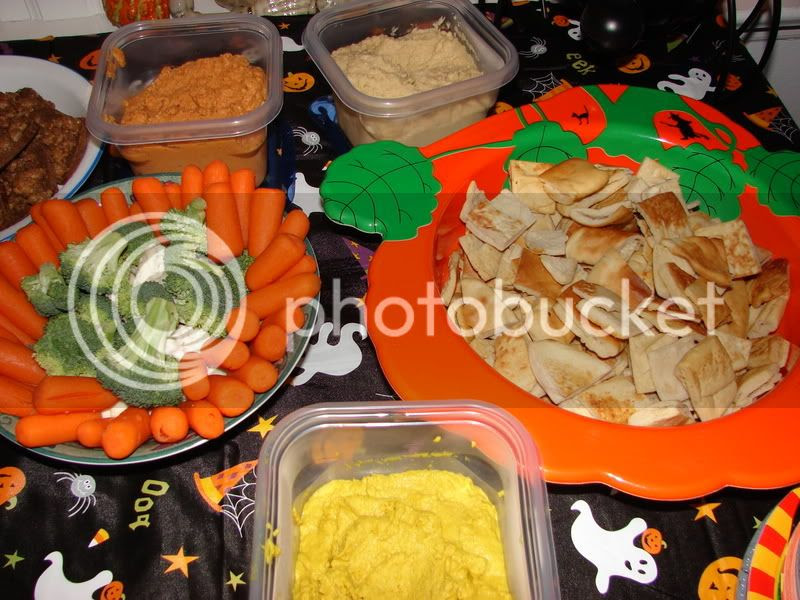 I made 3 kinds; Plain, Roasted red pepper and curry. I didn't use a recipe for any of them, because Hummus is simple and hard to mess up. It's basically canned chickpeas, fresh garlic, lemon juice, olive oil and tahini (sesame seed paste). However, I could not seem to find tahini at my normal stores, so I used sunflower seed butter instead, which was a good substitute I think. For the Roasted red pepper I simply threw in some jarred roasted red peppers. For the curry I added curry powder, ginger, cinnamon, and turmeric. I served them with pita chips and raw veggies. People who were hummus eaters at the party liked them, but these ended up being the least popular of my 5 items. Just not the crowd for it, I guess. 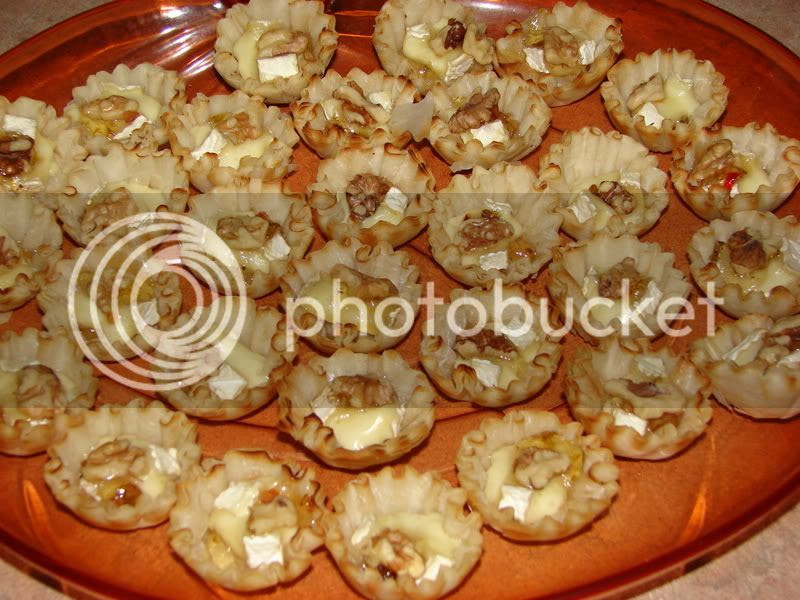 These are a simple idea I got from attifood. Basically you put cubes of Brie in pre-made phyllo cups, put some kind of preserves (I used pepper pecan jelly) on it and top it with a walnut. Bakes them for about 10 minutes, and voila! The second most popular item I made. 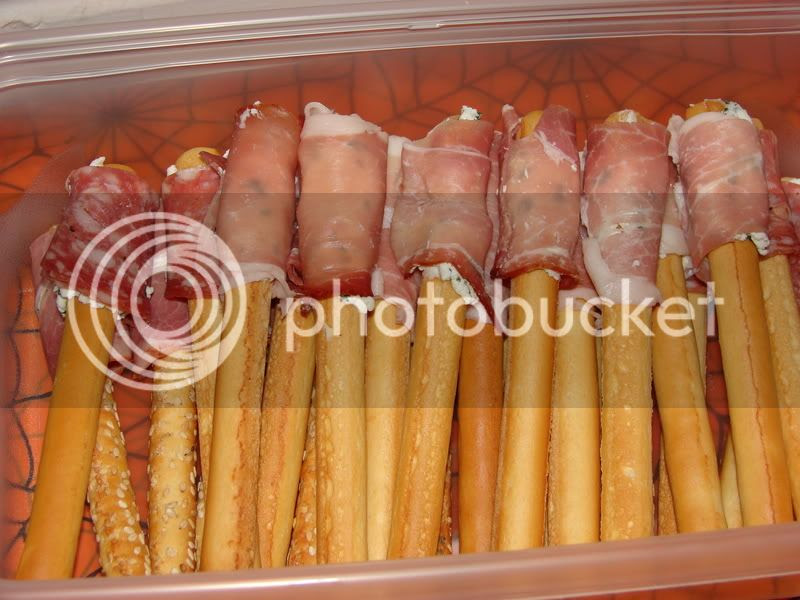 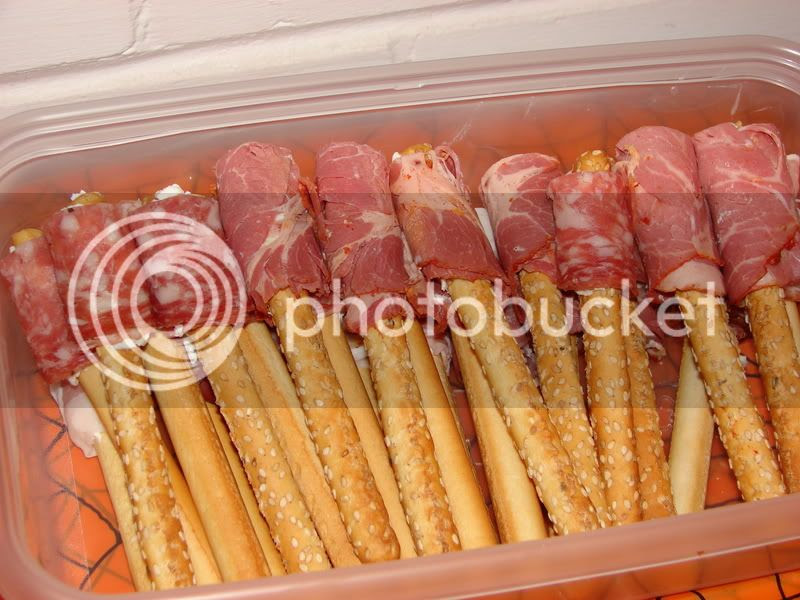 These were an idea from Food Wishes. Simply spread goat cheese on a bread stick and wrap it with some delicious meat. I used proscuitto, capicolla ham, and salami. For half of them, I mixed in chopped fresh basil with the goat cheese. These were a pretty big hit. I wish I could have found skinnier breadsticks (which I did a couple days later, darn it). On second thought, the cheese makes the stick a little soft after awhile (don't be grossed out, it's still tasty, and you hardly notice because the rest of the stick is still crunchy), so a skinny breadstick might not have held up well unless people are eating them right away... 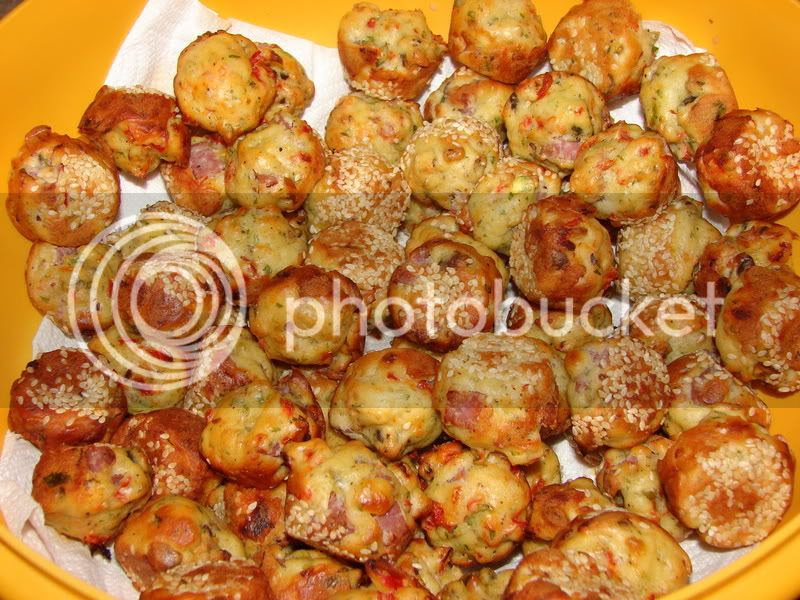 These were adapted from Chocolate & Zucchini's recipe for a Chorizo Pistachio and Sun-dried tomatoes loaf. I simply replaced the hard-to-find chorizo with some smoked salami and cooked the batter in mini-muffin tins instead of a loaf pan. These were Jack's favorite, and he has requested that I make some for Thanksgiving. 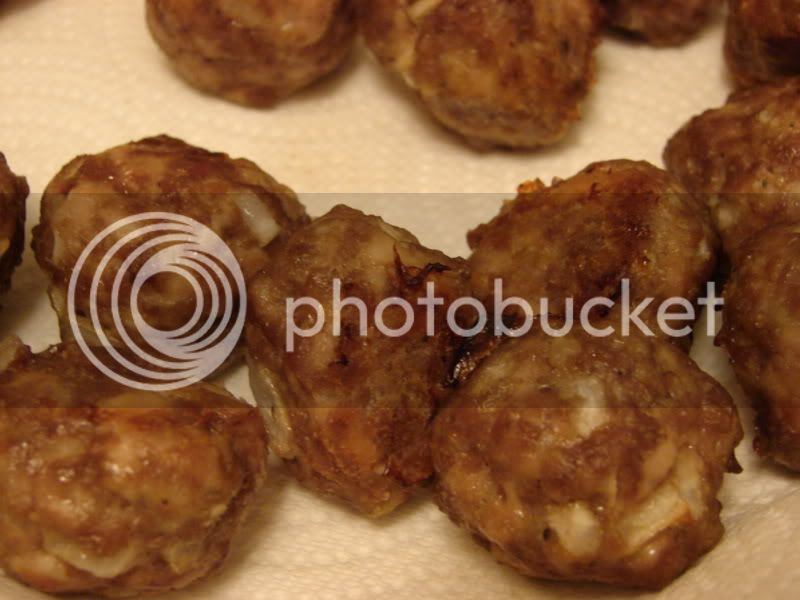 These were so popular I didn't get a picture of the finished product. That's just a naked meatball, there, fresh out of the oven. It's a very 60's recipe, with a sauce consisting only of chili sauce and grape jelly and lemon juice and garlic powder. The meatballs are a mixture of pork, hamburger, onions, garlic, breadcrumbs and eggs. Here's the recipe I started from, but I added more to my meatball mixture. It's amazing how such a weird sounding and simple recipe can be sooo popular. A few people commented that the flavors brought back memories from when they were kids. Ha!

overall I enjoyed doing this. It was like I was hosting a party myself, only it was at someone else’s house (my apartment could not handle it) and someone else was paying for everything. Awesome!
Posted by ironstef 1 comment: 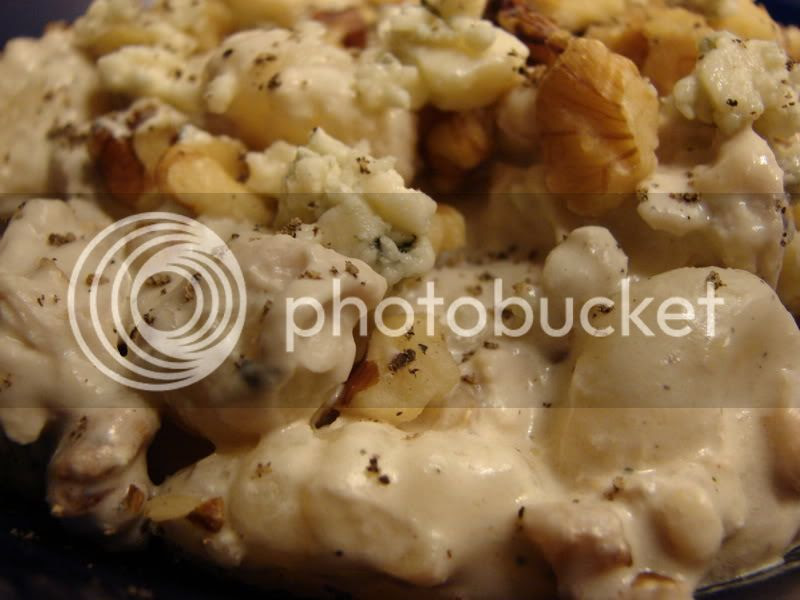 It was my idea, but Jack did the cooking. I watched, though, so I can tell you the gist of how to make this glorious dish.

Saute a couple cloves of finely minced garlic in olive oil until soft and starting to brown. Add some flour...a couple tablespoons I reckon, and cook it a little until everything forms a paste. Pour in some (1 1/4 cup-ish)fat-free half & half (really!), and stir and heat until there's no more lumps. Stir in some crumbled Gorgonzola cheese...about 1/3 cup, until it melts. Add cut up cooked chicken...we used two breasts from a rotisserie chicken, and a handful of walnuts. Stir in cooked gnocchi, heat through and season with salt and pepper. Sprinkle walnuts and Gorgonzola to serve. Easy! Rich! Fantastic! 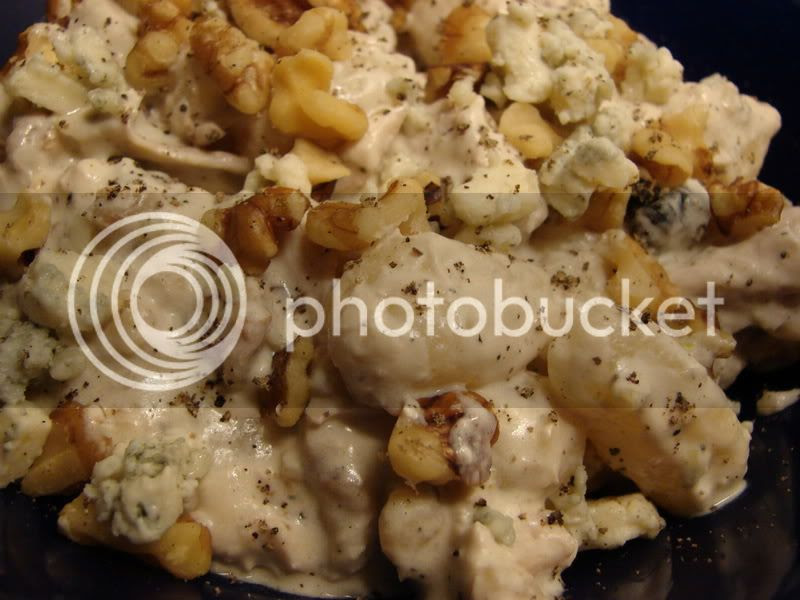 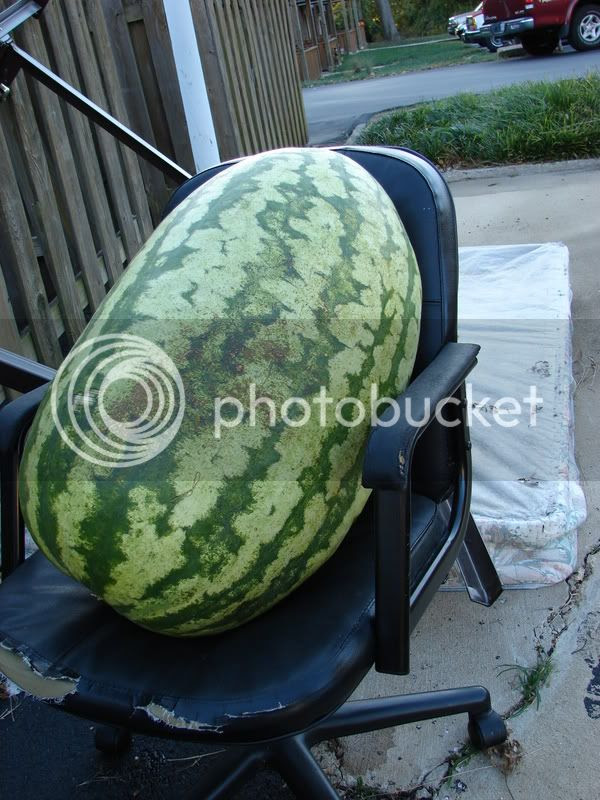 I found this guy sitting by the dumpsters at our apartments. Perhaps he could be Zucchini Baby's long-lost cousin?
Posted by ironstef No comments: 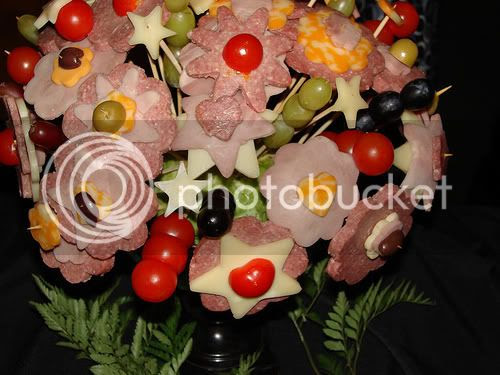 I went to a fabulous wedding over the weekend. They had these bouquets made out of meat! Meat flower bouquets, y'all! FREAKING BRILLIANT! They are my new favorite thing.
Posted by ironstef 4 comments:

Do you know the best way to spend a Friday morning off work in the fall? Sleep in, go for a long walk/jog, come home to French toast made out of hawaiian bread, topped with honey and powdered sugar. Trust me, it's perfect. 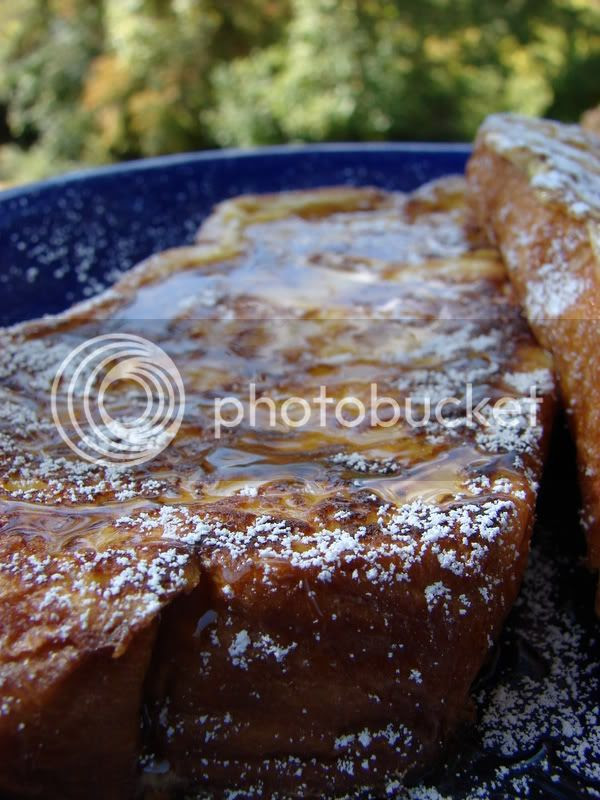 The weather has cooled down considerably in the past two days, and I've been roasting like a maniac. Roasted stuff is some of my favorite cookin' during the fall and winter. Last night it was potatoes, fennel, onion, garlic cloves and butternut squash roasted with chicken drumsticks flavored only with fresh thyme, salt and pepper and olive oil. A simple, warming, comforting meal. 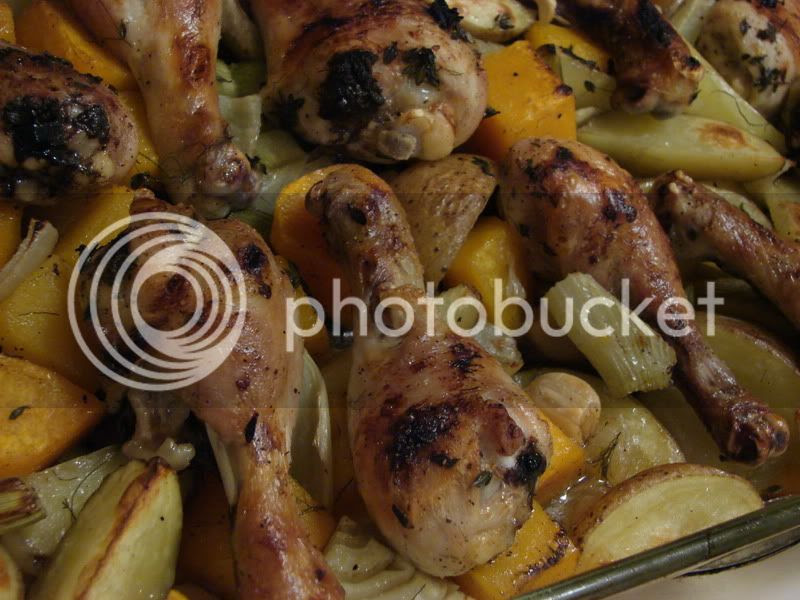 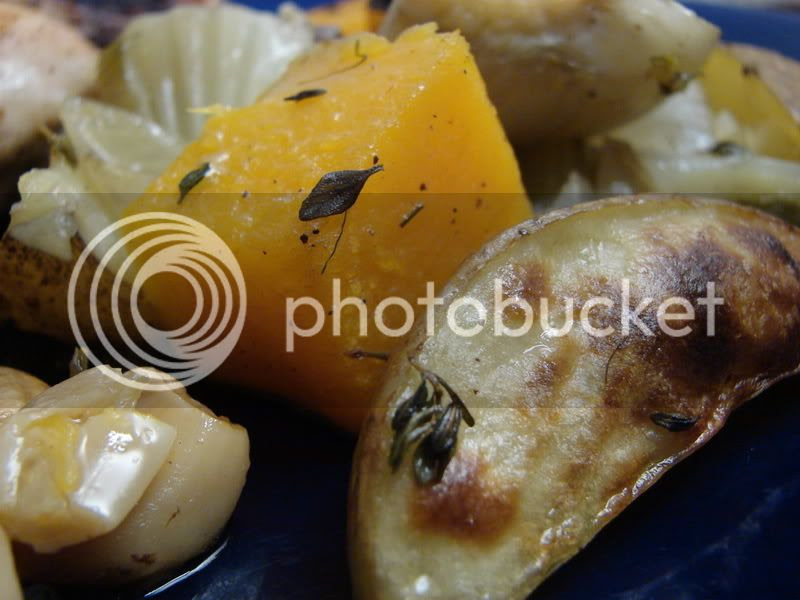 For dessert, Jack whipped up his newest creation...he makes a peanut butter and honey sandwich on some good whole wheat bread and grills it in a frying pan with a generous amount of butter until the outside is crispy and brown and the inside is sweet and gooey. Served with vanilla ice cream, drizzled with more honey and dusted with cinnamon? It's my new favorite thing. 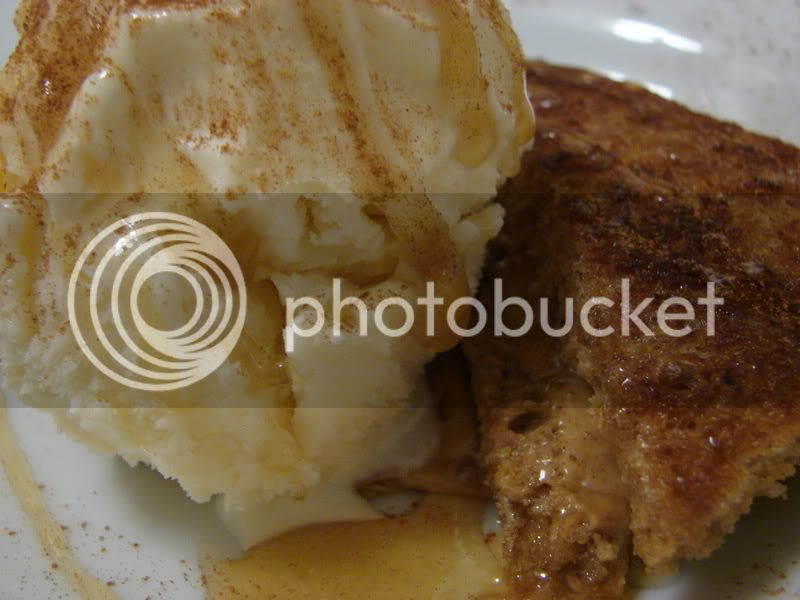 This weather changes has me wanting to try out all kinds of new cool-weather recipes. Here's a few I've collected:
• toasted pumpkin seeds 3 ways
• potato focaccia
• braised chicken with prunes, olives and capers
• spiced celery root soup with bacon and honey
• boiled egg with gooey center to go with a bowl of noodles
Posted by ironstef 2 comments: 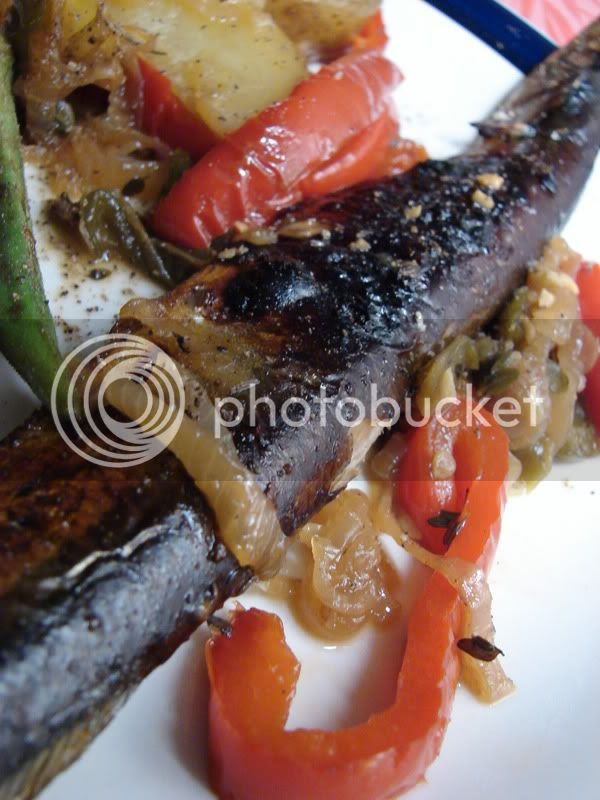 I've had Tony Bourdain's Les Halles cookbook for a long time, but have yet to make anything from it! Shocking! Awful! Well, I remedied that last night, by making his Whole Roasted Fish Basquaise recipe. Chow has the recipe on-line, so I won't re-type it here. I used some whole mackerel I had gotten from an oriental grocery store a week or so ago. They were cheap!! Um, probably because they hadn't been cleaned. So I put on my manly mountain man cap and gutted them all by myself! eek.

The recipe is easy and fairly quick...a good weeknight meal. Mine turned out quite tasty. I overcooked the fish a tad, so it was a bit dry...and there were so many little pin bones! That's okay; there is something so satisfying about picking meat off a whole fish...messy and primal. The broiling is key...it really lent a great flavor to this oily fish. The combo of ingredients in this recipe goes so well with fish...hearty but not overpowering. 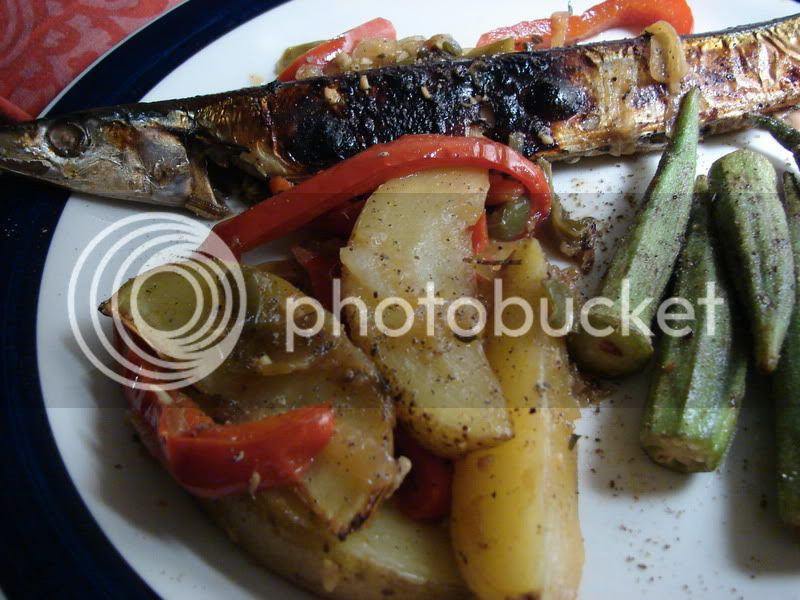 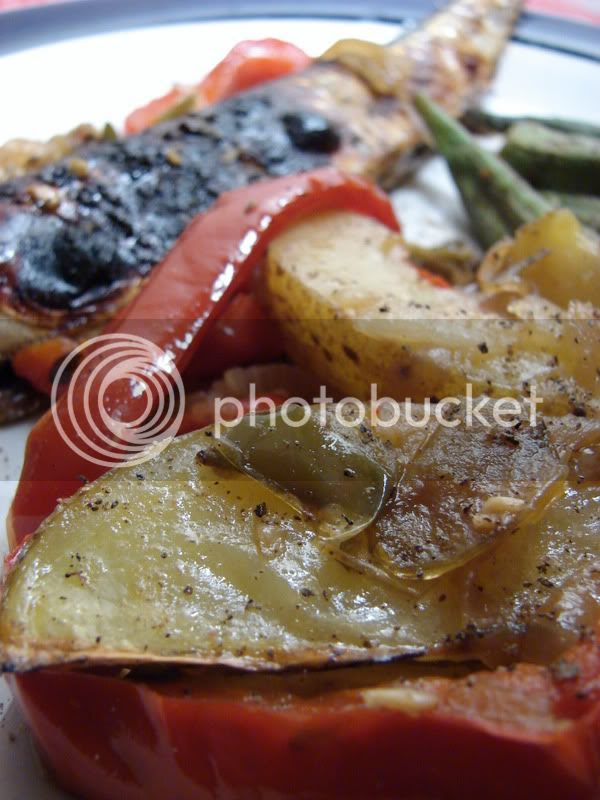 I also made some sautéed okra as a side, idea via Alanna's Veggie Venture blog. I like okra, but hardly ever make it, because mine turn out slimy unless I fry them. Using fresh okra and stir-frying them at a high heat seemed to cut down on the slime.

As far as the Les Halles cookbook goes, fall and winter will be the perfect time for me to try more of Tony's recipes, as most of them are quite hearty sounding.
Posted by ironstef 5 comments:

A co-worker recently returned from a 2 week European vacation, all engaged and stuff. To welcome her back, a group of us put some of her office supplies in jello (actually, not her office supplies, as she had LOCKED THEM UP in a drawer!). She's a big fan of the show The Office, you see, and this particular office prank is one Jim pulled on Dwight in the pilot episode (as seen above).

We made two molds, one was the classic stapler: 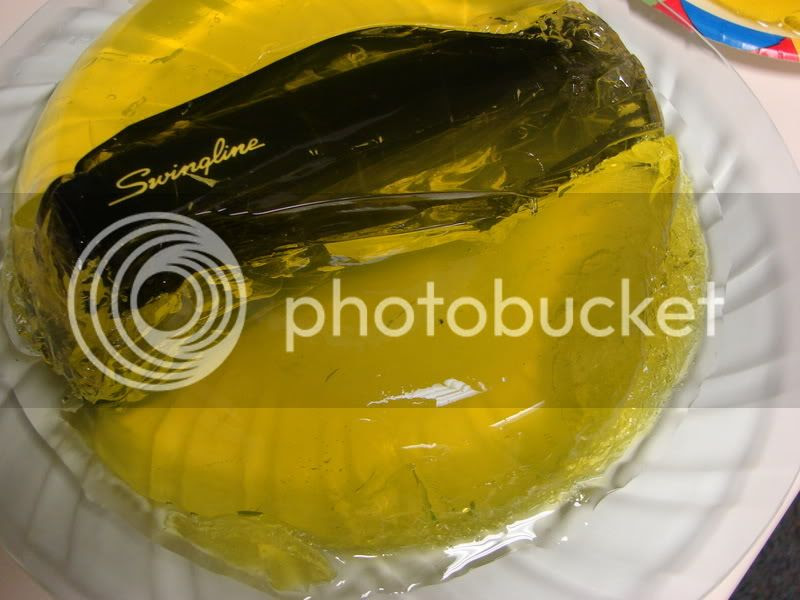 and we made a smaller one of little assorted items such as paper clips and post-it notes with messages on them: 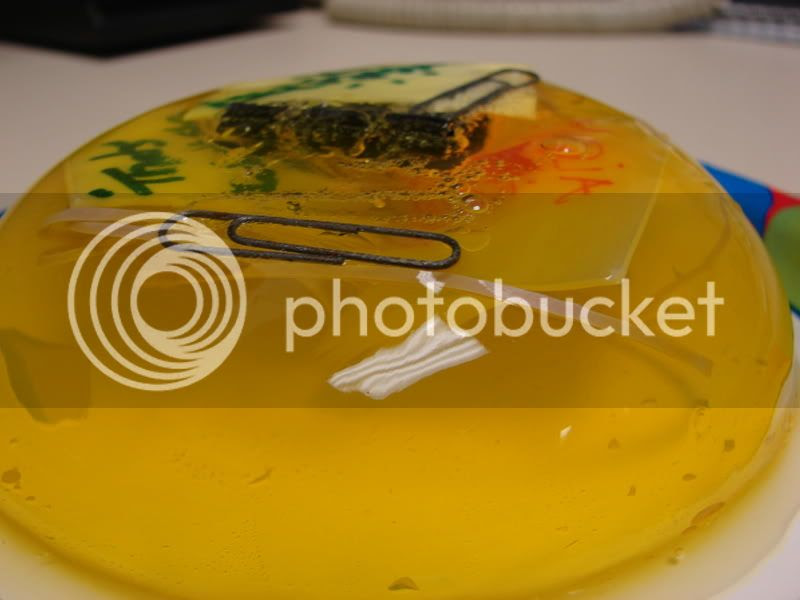 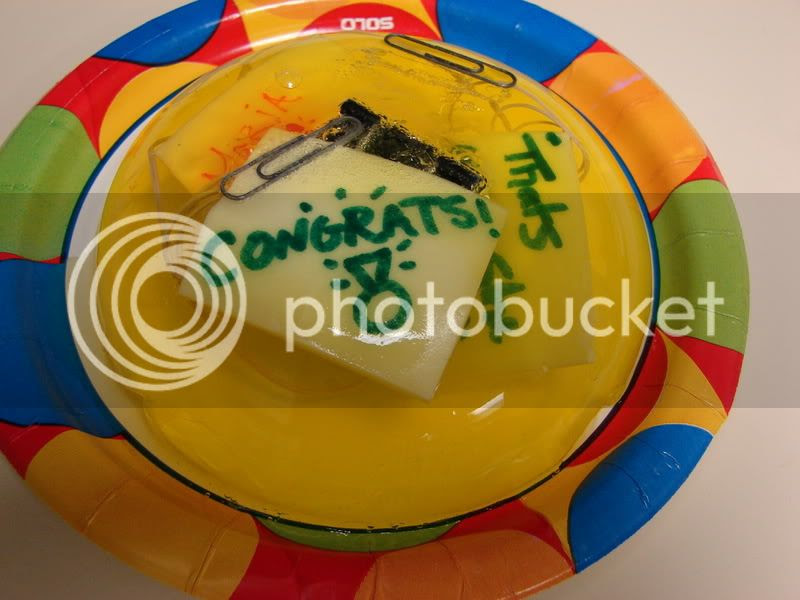 We used sugar free lemon jello-sugar free to avoid a sticky stapler. Also, the stapler was wrapped in saran wrap in a vain attempt to protect it. Even though the plastic wrap didn't keep the jello out of the stapler, the darn thing survived and still works...it just needed a thorough rinse in hot water and a good drying. Overall a successful prank. Though, I wish I had known about this jello stapler tutorial before!