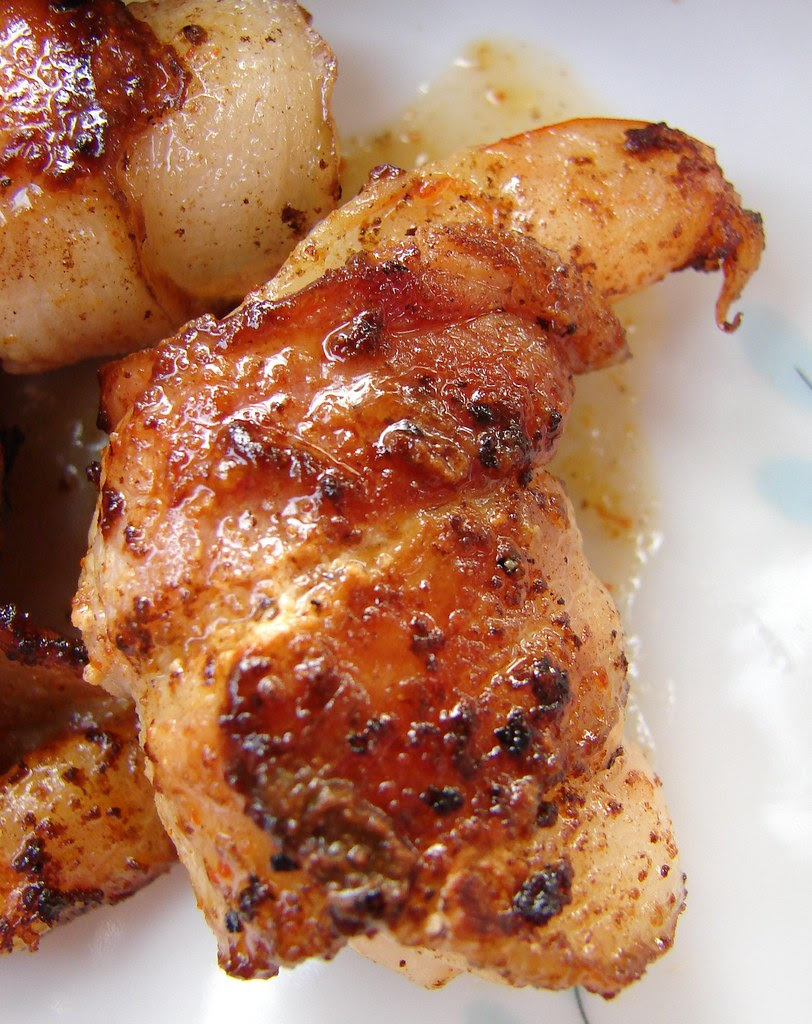 Well, this is a dish that I still need to tweak, but I will be making it again. You see, it is simple, has few ingredients, and those ingredients go really well together. So what went wrong? Well first off, I had in my head "bacon wrapped shrimp," even though the idea came from the video blog food wishes, on which it was Serrano ham wrapped shrimp. But I must have forgotten that. So at the store, I got bacon, not Serrano ham. And the bacon I got, from the grocery store's meat counter, because I love buying bacon that way, was thick cut. Really, that was the main problem with my execution with these lovely little tapas. 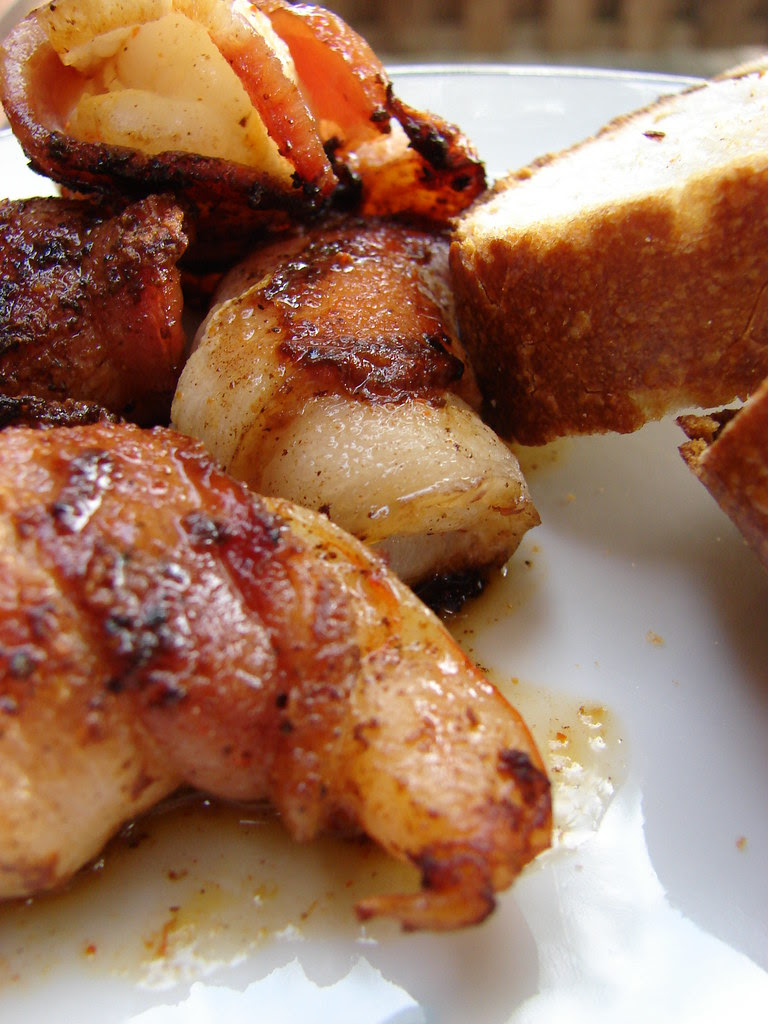 Thick cut bacon is just too much for the poor little shrimp. It overpowered everything. However, when the shrimp was unwrapped? Yum. Smokiness and saltiness from the bacon, sweetness and tang from the orange, a bit of spice from the red pepper. Like I said, I will be doing this again...next time with a thinner cured meat...perhaps a thin sliced pancetta, or some prosciutto, or, if I come across it, some Serrano ham. Everything else will remain the same...

In a smallish bowl, marinate shrimp in orange juice and chile powder for about 15 minutes. Wrap shrimps in half slices of bacon. Place in hot non stick skillet with the part where the bacon ends on the bottom, so it stays put. Cook on one side for about 3 minutes until bacon is crispy, then flip over using tongs and cook another 2 or so minutes. Remove to paper towel lined plate. Drain most of the bacon fat and add marinade to the pan. Simmer until reduced a little into a slightly thick sauce. Drizzle sauce onto plate, and put shrimp on top. Serve with some crusty bread.