I was so excited about today. You see, today was the day that my bacon finished curing, and I was able to finish it up and taste the results. You guys, I totally made bacon! Crazy! Here's how it went down: 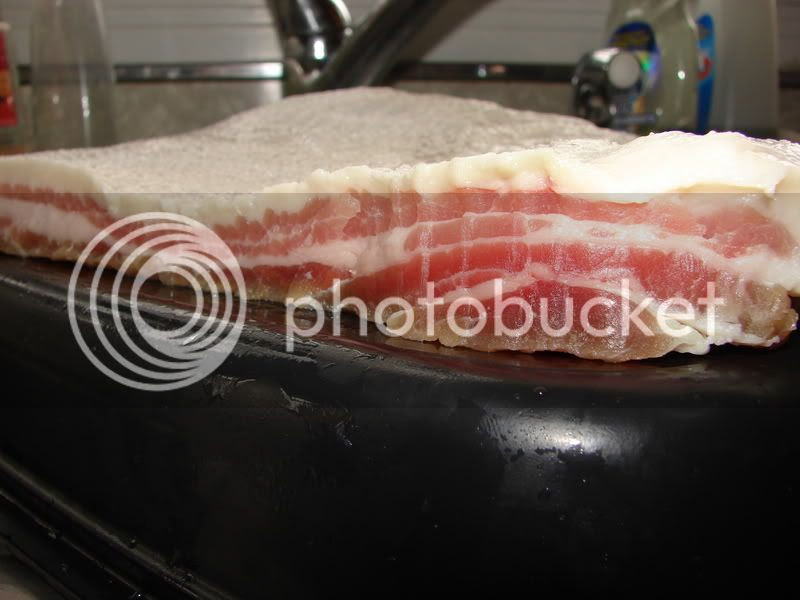 We pulled the cured pork belly out of the fridge and rinsed it off really good. 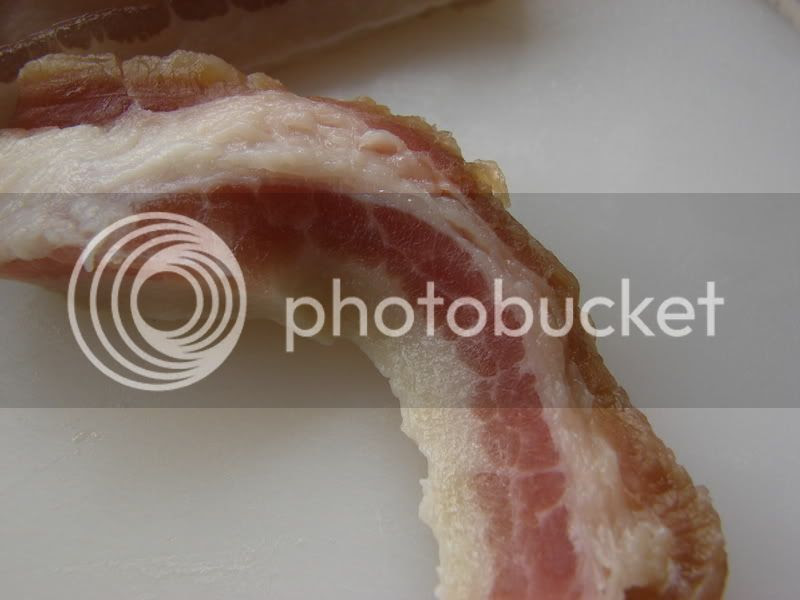 Then, Jack thought it would be a good idea to cut a little off and fry it up to see how salty it was. It was pretty salty, so we soaked the slab in about 7 or 8 changes of water. 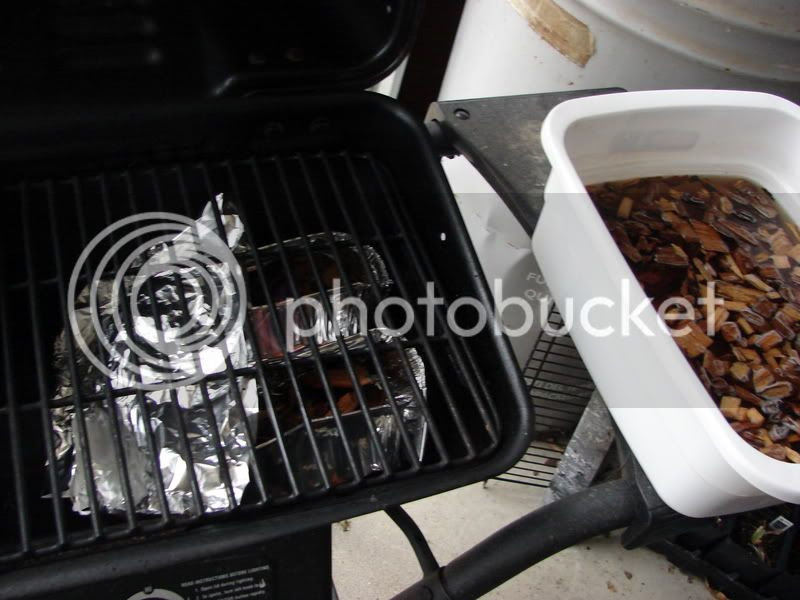 Jack rigged up a gas grill with some aluminum pans filled with soaked hickory and mesquite wood chips. 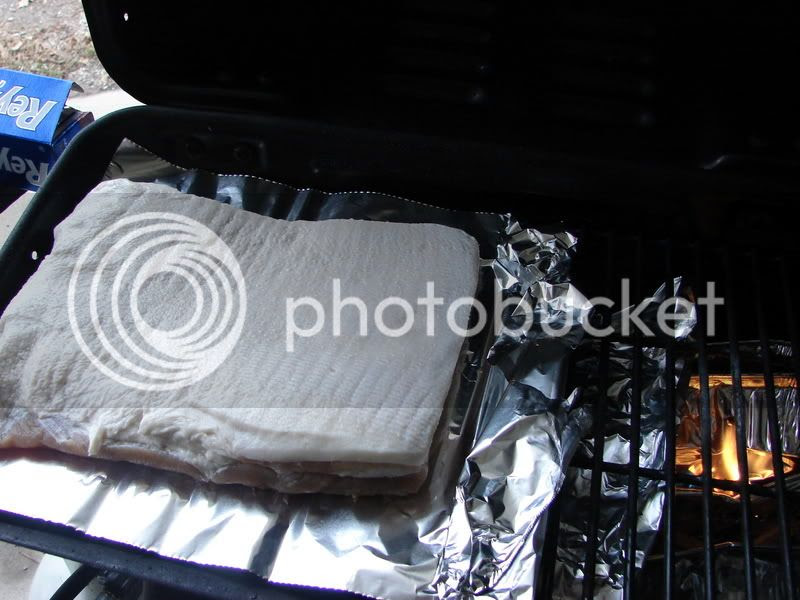 Only one side of the grill's burners were lit, and the bacon was placed on the cool side. It was left in there to smoke (with some tending to the chips and checking the heat) for about 3 hours.

Here is the final product: 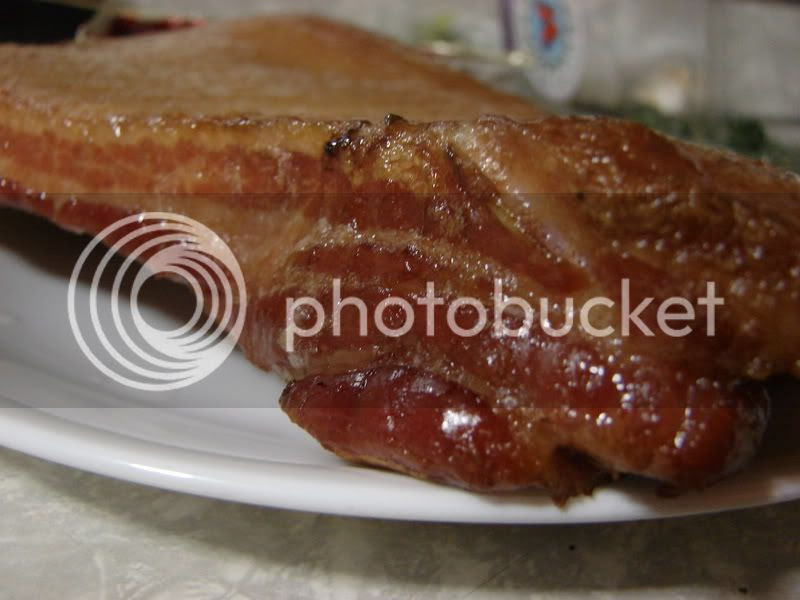 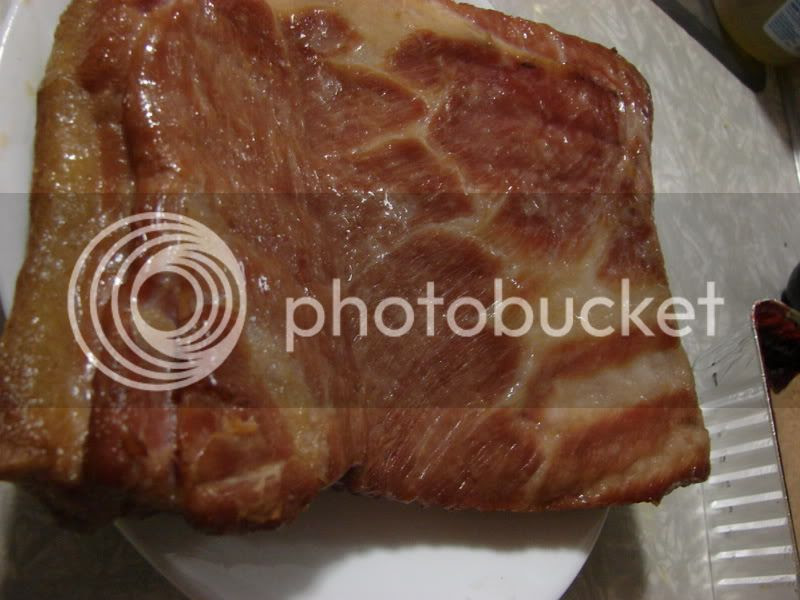 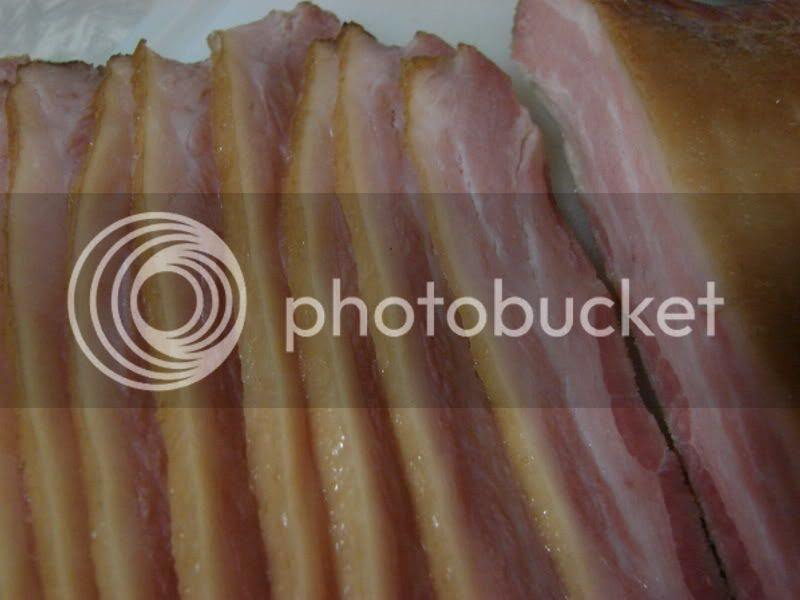 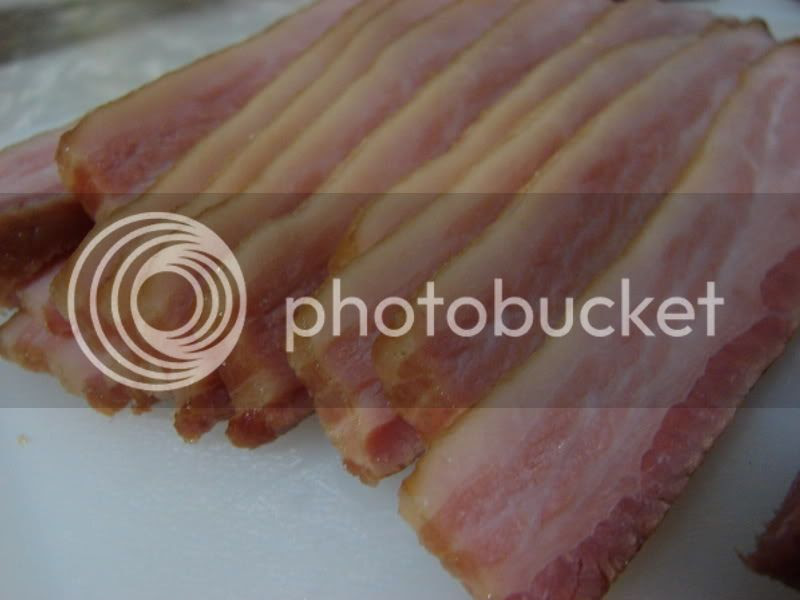 We sliced some and fried it. It was still pretty salty, so we soaked the slices in water for about half an hour before cooking up another batch. that helped greatly, and we had some delicious bacon! 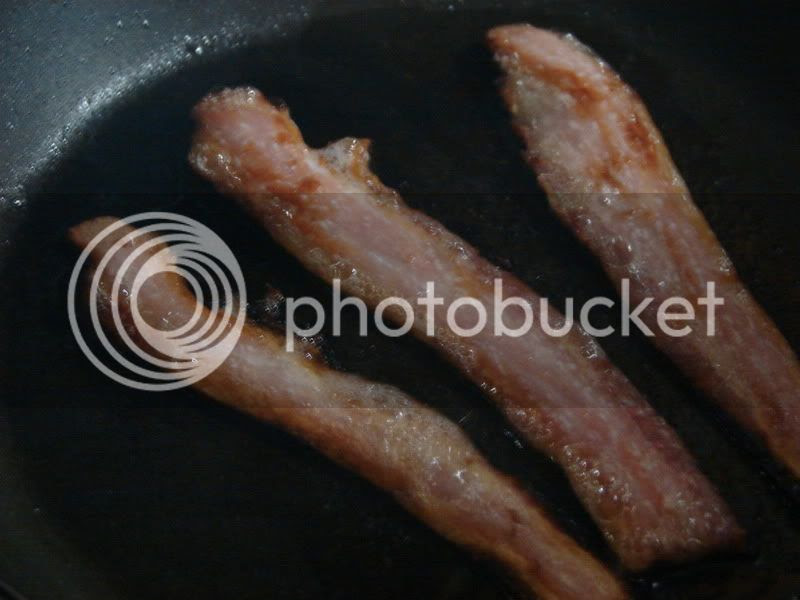 Before attempting any more Charcuterie, we'll take another stab at mastering basic bacon. I think we made the rookie mistake of over salting it. It's that fear of raw meat, you know? It's not a big mistake, as it can be fixed by soaking or blanching. I can't wait to make lardons with it.
Posted by ironstef

Looks Great...where are the eggs and grits??

I'm forwarding this to my husband right now. He has recently started smoking (haha) and we still have salmon and turkey leftovers from the Thanksgiving batch.

Wow,
You made your own bacon,
Nice job done there.

This looks sensational, nice pix too! Sounds like a big process, but I can imagine the results are way worth it.

Looks like your first excusion into curing bacon went quite well. Made a slab or two myself, very happy with current product.

Tastes vary across the world, and getting bacon to meet your ideal preconception is an art. If you like good storebought bacon you will need to cure yours similarly.

Dry cured bacon frys without any white ooze. Storebought is brine cured, with added 'liquid smoke' in the brine. Some of the finest bacon I ever ate was cured in a 'live brine'(controled rancidity) that smelled terrible and was very high in cane sugars.

Long cold smoking will improve the flavor immensly to the American taste. We are bred to associate hickory smoke with bacon. Corn cob or sweetwoods also make a great variation, but it aint your grocer's bacon.

When you get comfortable at this curing thing, try a Stout and Treacle (Beer and Molassas)cure smoked over oak wood. You will never think about bacon the same ever again.

Still remember my first bacon, it is an exciting place you are..... Best of luck.

That looks fantastic! Congratulations. Maybe I should try it; bet I could get the pork from "my" local meat guy.

Where did you buy pork belly?

Nigel Slater has a roasted pork belly recipe I've been dying to try!