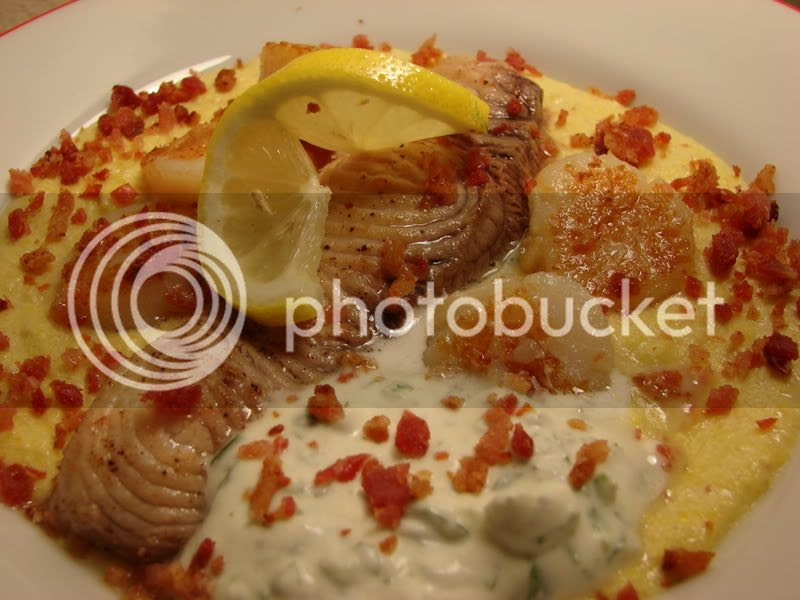 Welp, Jack was right! That corn soup made a fan-tabulous sauce for some seared scallops. He also seared some shark, because it looked good. The scallops were the stars, though. Creamy, sweet leftover corn soup, salty, crispy bacon and the scallops made for some serious good eats. Yay for re-working leftovers!! 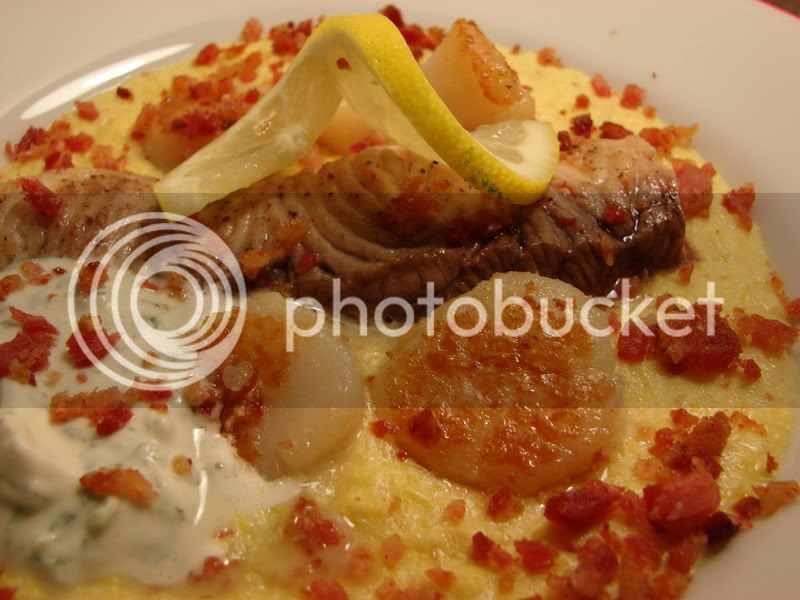 For dessert, I made some cottage cheese ice cream. I saw the idea on Su Good Eats' blog, via Slashfood. I thought it was brilliant! I had a recipe for ricotta ice cream somewhere, but cottage cheese is so much cheaper and healthier, so I rushed right out and got some. 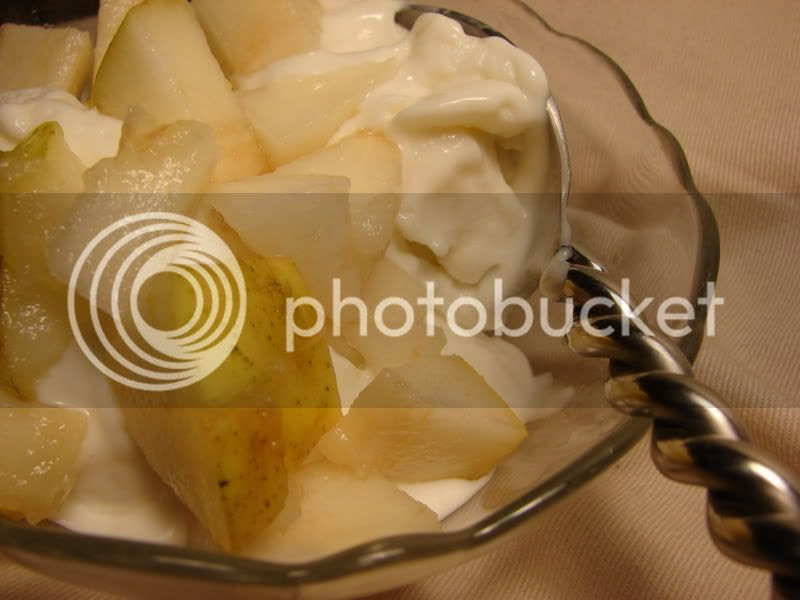 I used 2% low fat cottage cheese, and didn't bother searching for a no-salt variety. I only added about a teaspoon of oil, rather than Su's tablespoon and a half, because she was using 1% cottage cheese. I also happened to have Absolut Vanill vodka, so I used that as my vodka addition. The result was very very rich and creamy! I put some fresh pears on mine. I think it would have been almost too rich without some kind of fruit. Amazing for something low fat! This will make a perfect base for the strawberry & balsamic vinegar ice cream I've been wanting to make. 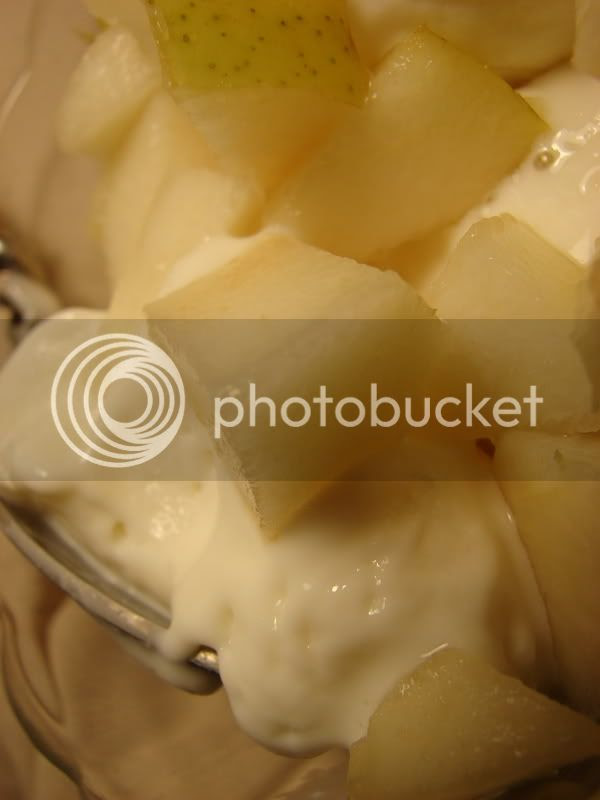 Mmm, strawberry balsamic vinegar "ice cream!" Glad the recipe worked out for you.