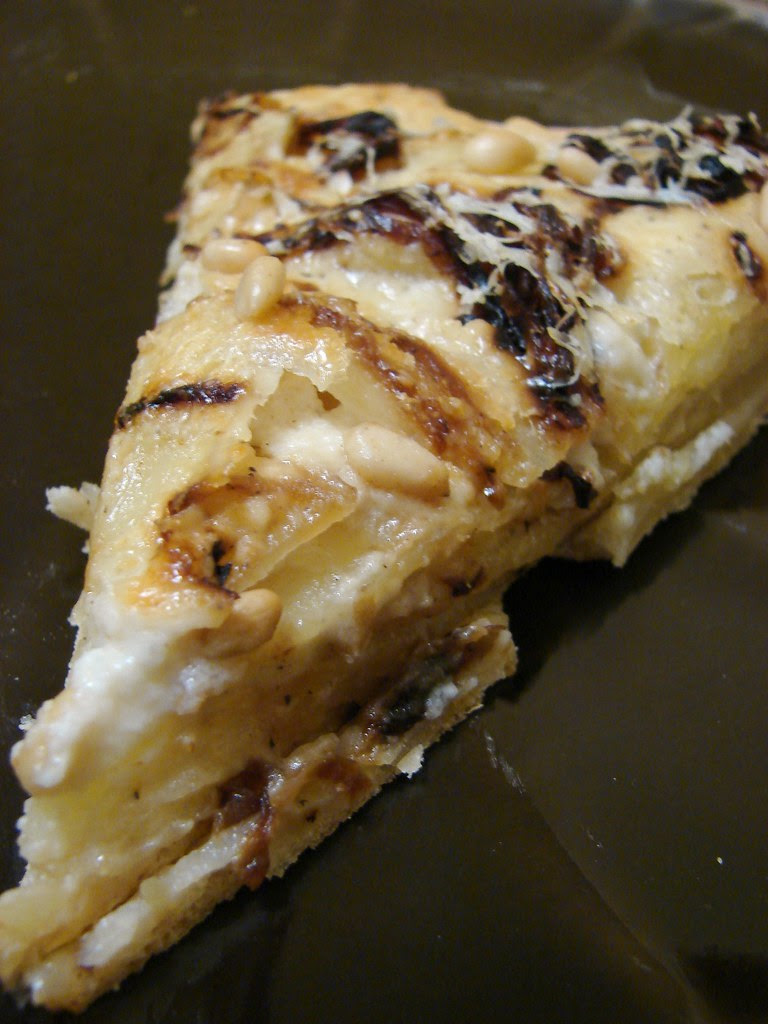 Apparently I was in a carbolicious mood last night, because when I saw pizza dough at the store, I thought, "I wanna put some potatoes on that mofo!" So I grabbed a few more cheap, simple ingredients and headed home to experiment. Success!

2. Salt the sliced potatoes liberally, and toss to distribute the salt. Set aside in a bowl while you do other prep work, about 15-20 minutes.

3. heat 1 Tablespoon of the butter in a non-stick skillet, and add the onions. let them cook over med-high heat, stirring occasionally, until they are well browned.

4. In a medium saucepan, heat the rest of the butter, garlic, and shallots over medium heat. Cook until the garlic and shallots are translucent and starting to brown. Sprinkle in flour, and stir until it is all combined. Stir in a cup of half and half and continue to cook until everything comes together and thickens to your preference, adding more half and half if needed. Turn off heat, add the Manchego cheese, and season with salt and pepper. set sauce aside.

5. Drain the bowl of potatoes and squeeze the potatoes in your hands to get rid of excess moisture.

7. Toss the potatoes with the sauce and spread all over the pizza dough. I used my hands for this...messy but effective.

9. Bake in preheated oven until crust and cheese starts to brown, adding the pine nuts about halfway through so they don't burn. Mine took about 25-30 minutes. 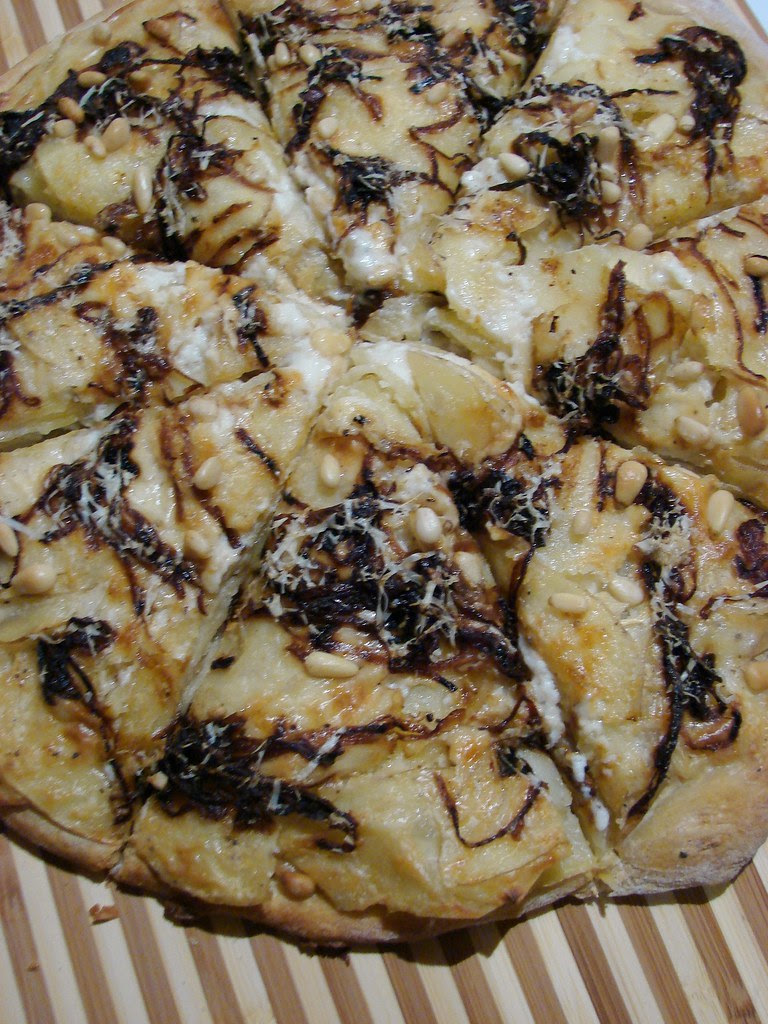 Oooh, yum. This looks incredible. And possibly not wise for me to eat if I want to fit in a wedding dress next month.