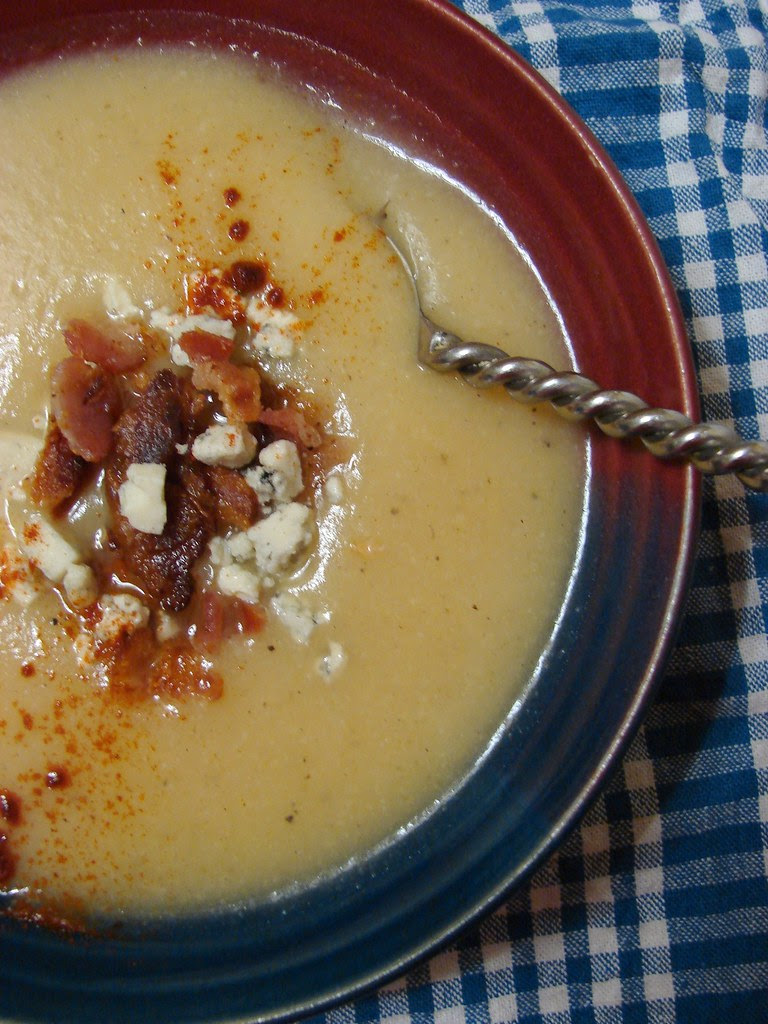 For some reason I've had a hankering to make cauliflower soup lately. So the other night I did just that! It was easy, and very nice for a cold night. The soup itself is pretty simple flavor wise, but I pumped it up by topping it with some of cauliflowers' BFFs-bacon and blue cheese. If it was all for me, I would've put the blue cheese directly into the soup...it gave it a much needed tanginess. However, my mom was having some too, and she doesn't like blue cheese, so I had to settle with it as a topping. It looked pretty, anyway. 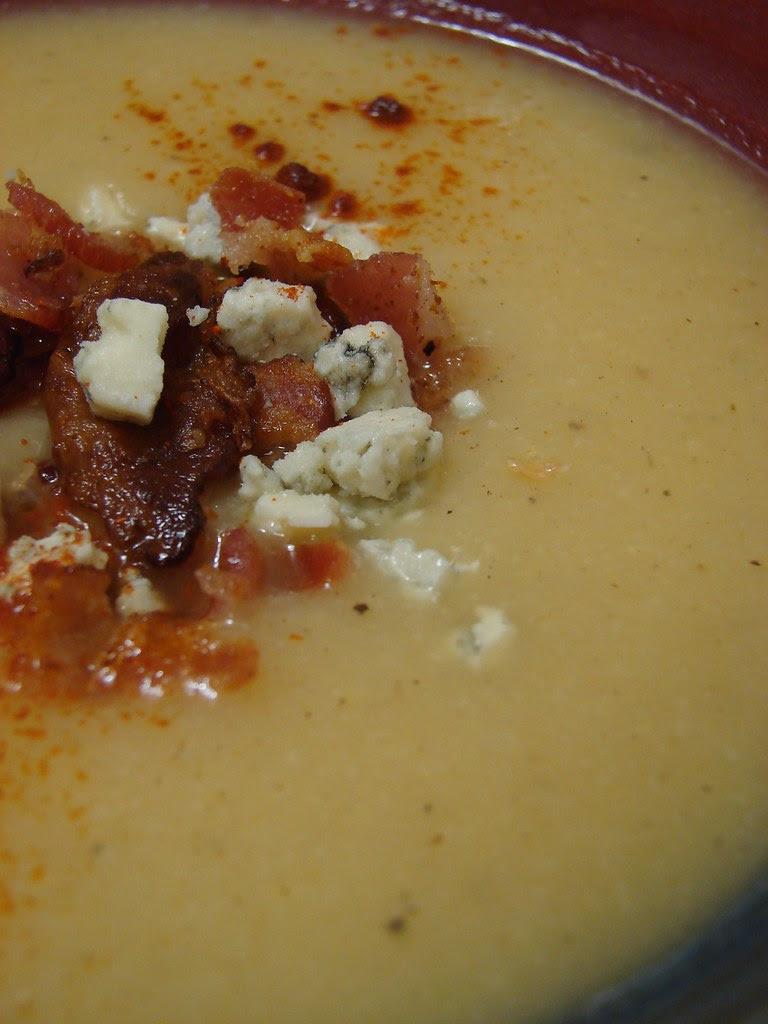 Cook bacon in a large pot or dutch oven until crispy. Remove bacon, crumble and set aside. Cook garlic and shallot in bacon grease until softened and slightly brown. Add in potato and cauliflower and season with paprika, nutmeg, salt and pepper. Suate all of this for a few minutes, adding the butter. Add in stock and cook at a low simmer for about 40 minutes until sauliflower and poatato are nice and soft. Taste and add more seasoning if needed. Use an immersion blender or a food processor (in batches!) to puree everything together. Serve topped with crumbled bacon, blue cheese and a sprinkle of smoked paprika.

I love blue cheese! And now I have another recipe to use it in...thanks!
Until now it has been relegated to use in cream sauces and dressings. With such a sharp flavor it seems difficult to find something to pair it with, but I think this will do the trick.

This sounds really good! I love cauliflower and blue cheese. Not a big fan of bacon itself but I love the smoky flavor it adds to soups and stews.

Why didn't I think of these additions! This recipe sounds delicious.