Friday Night was chicken strip night! I made a bunch of Ellie Krieger's chicken strips again, and Jack made a variety of sauces for dipping them in. He also made some awesome Bloody Marys, and we watched movies. It was a nice night! 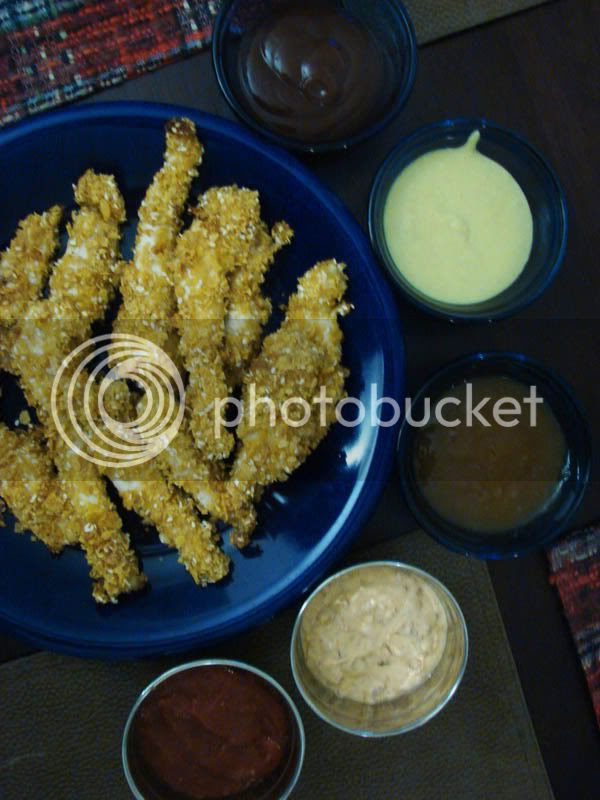 Here are the dip recipes, via Jack, minus the chipotle yogurt sauce, which was just Greek yogurt with finely chopped chipotles in adobo sauce mixed in to taste, and the Sweet Baby Rays, which is from a bottle:

Mix all ingredients. Adjust for heat and/or sweetness as desired. Cool and serve.

In a small container, mix the corn starch with enough pineapple juice to dissolve. In a saucepan, heat the vinegar, brown sugar, and the rest of the pineapple juice. Add the ginger, garlic and cayenne (optional) and boil for up to 2-3 minutes. While boiling, add the corn starch/juice mixture and stir until thickened. Cool and serve.

Mix all ingredients. Adjust flavor as desired. Cool and serve.

As for the Bloody Marys... 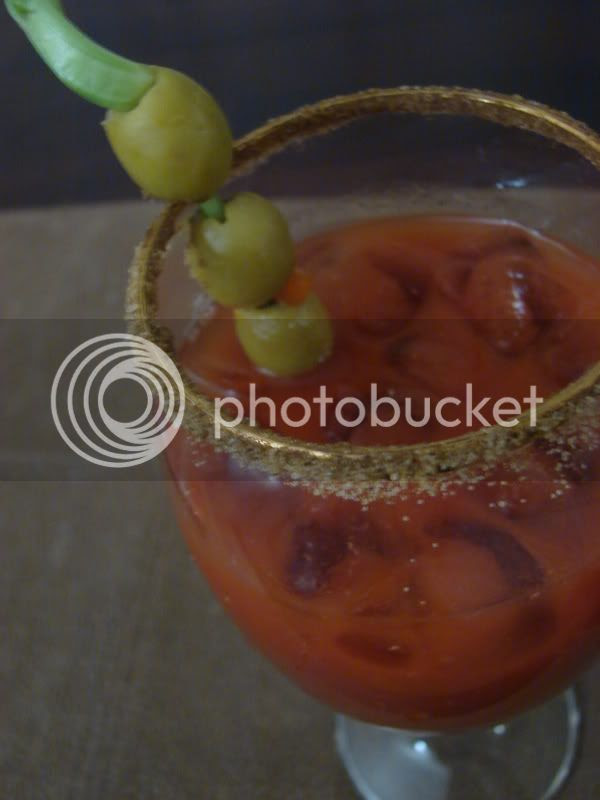 Jack garnished them with a rim of celery salt and green olives skewered won a thin spear of celery. Yum! If only we had known about Brownie Points' bacon vodka (thanks Alanna!). That would have made a great addition to this cocktail. Oh well. Here is the Bloody Mary recipe:

Mix all ingredients. Adjust flavor as desired. (and add vodka to your taste, of course. We added 2 oz. of vodka to drinking glasses filled a little more than halfway with ice, then filled the rest with the Bloody Mary mix and stirred. You could also shake it and strain out the ice.)

You are really going all out with this bacon bidness! Bacon infused vodka? WOW. It's only a matter of time before you make it. I know it.