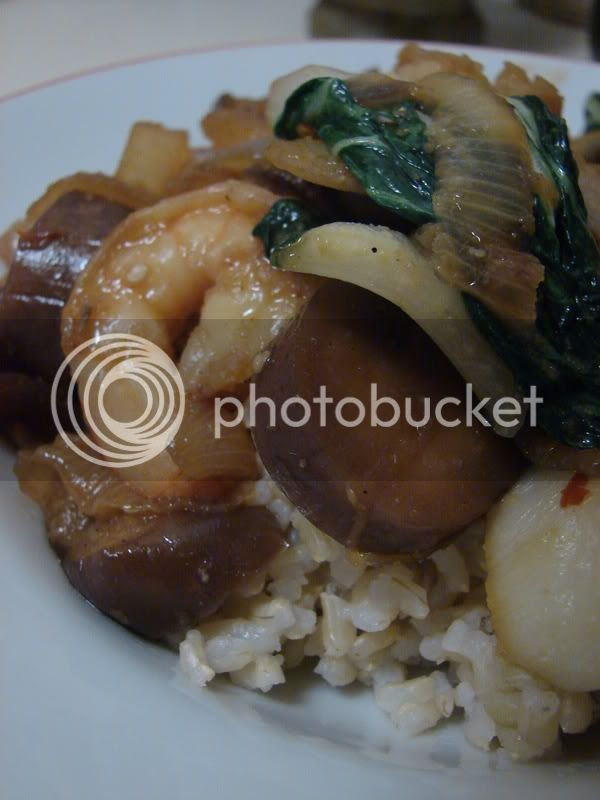 Thursday I picked up some baby bok choy and Chinese eggplant while I was out and about. I new I wanted yo make a stir fry of some sort. Then I found some shrimp on sale! Perfect. This was a fairly simple dinner. As the raw, peeled shrimp marinated in some fresh chopped garlic, soy sauce, sesame oil and red chili flakes, I sauteed 2 sliced onions in garlic, oil, and hot chili oil. Once the onions started to get soft I added the bite-size sliced eggplant, some sesame oil, powdered ginger, white pepper sand soy sauce. I cooked those until everything was softened, then added the bok choy and shrimp with marinade. Then I just cooked everything until the shrimp was pink and opaque. I served it over brown rice. Healthy, easy and yummy. 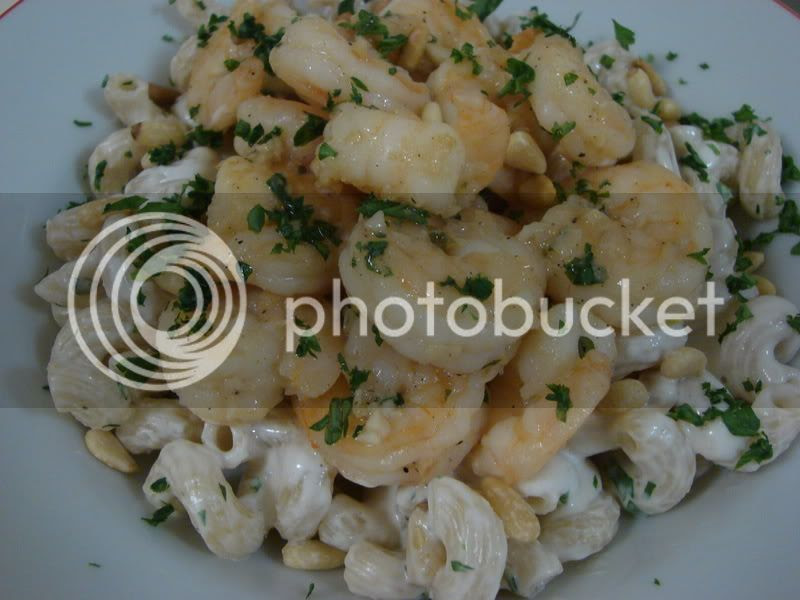 After eating mine, Jack decided he wanted to make a shrimp dish, too, so Friday night he took over the kitchen and went a more Italian route with the shrimp. He made a cream sauce by adding a puree of roasted garlic and heavy cream to a roux (butter and flour cooked together), then adding fat free half & half and salt and pepper. Once the cream sauce was nice and thick, he set that aside and cooked the shrimp in lots of butter and garlic with chopped parsley added at the end. The sauce was tossed with whole wheat cavetelli pasta and some toasted pine nuts, then the shrimp and it's butter sauce was spooned on top and it was garnished with more fresh chopped parsley. 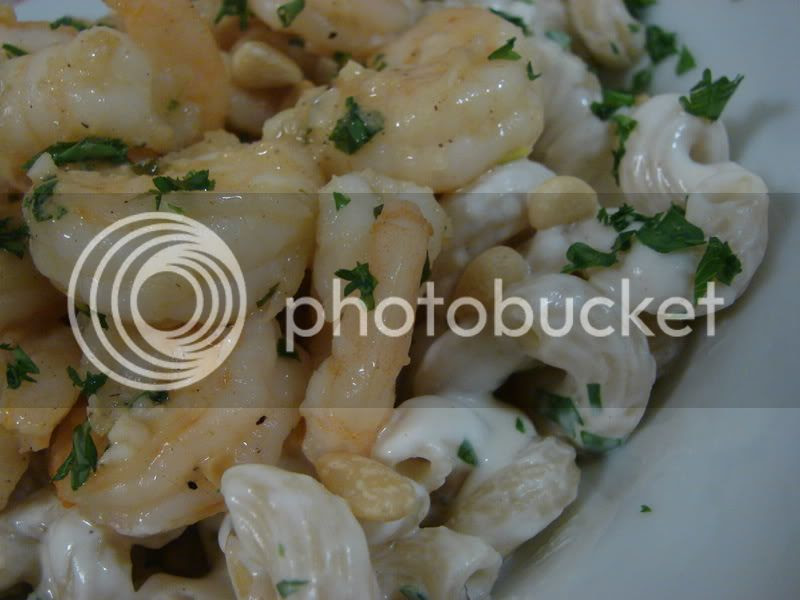 I don't know if there was a clear winner. the styles were so different and they were both yummy. It's a shrimp draw!
Posted by ironstef