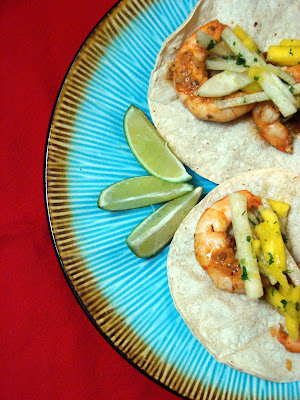 It's patio-sittin' season! And lately I keep having a hankering for seafood tacos. I was flipping through the latest issue of Martha Stewart Living this morning, and they had sliced tropical fruits, such as mango, sprinkled with chili pepper as a snack idea for a Cinco De Mayo party. This sweet-spicy combo was on my mind as I perused the grocery store. I always have chipotles ready to go in my fridge, so I decided on that as my spicy... Shrimp were on sale, so I went with that as my taco base. I picked up some jicama for some crunch. And what transpired were easy to make, spicy, light, sweet and nicely textured tacos, perfect for enjoying on the patio with a refreshing beer. 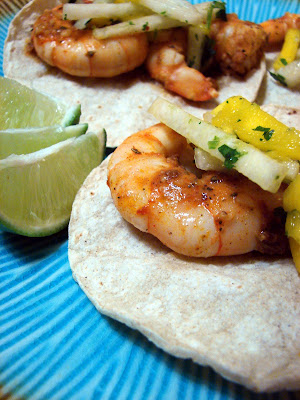 Meanwhile, combine the ingredients for the slaw and set aside.

Heat the garlic and olive oil in a skillet over medium heat until the garlic just starts to brown. Add the shrimp, with marinade, and cook, turning often, for about 5-8 minutes, until the shrimp is pink and fully opaque.

Serve the shrimp on warmed tortillas with the slaw. 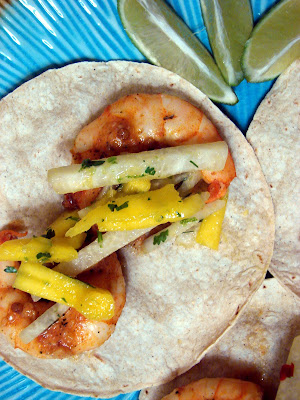