getting figgy with it 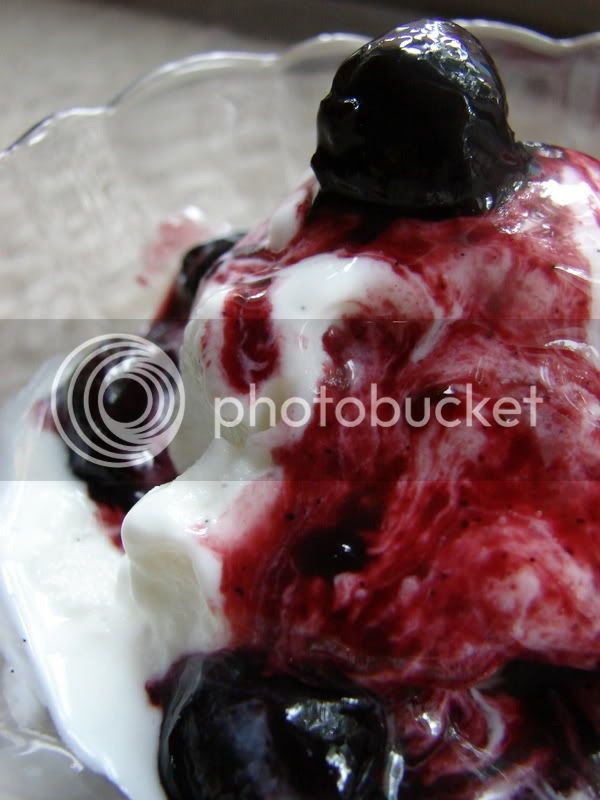 Today was a lazy Sunday. Nice. Earlier in the afternoon I whipped up some frozen yogurt using this recipe from 101 cookbooks. I had made some Friday night as well, and it was really good. We ate it all up quickly with frozen cherries on top. Tonight, I used a real vanilla bean scraped out instead of the extract. I also used 2 cups of 2% Greek yogurt and 1 cup of full fat Greek yogurt, instead of the mostly full fat I used the first time. The lower fat didn't seem to compromise anything. It was still soft and creamy. The best thing about frozen yogurt is it's extra tang....it had a more interseting flavor than ice cream does. Also, instead of just throwing on some plain frozen cherries, Jack concocted a sauce. He cooked the cherries with some honey and fresh-ground black pepper. I know! He's Brilliant! The cherries were sweet and rich, and the pepper gave it just a little bite that punctuated all of the sweet, fruity, and creamy flavors of the yogurt and cherries. 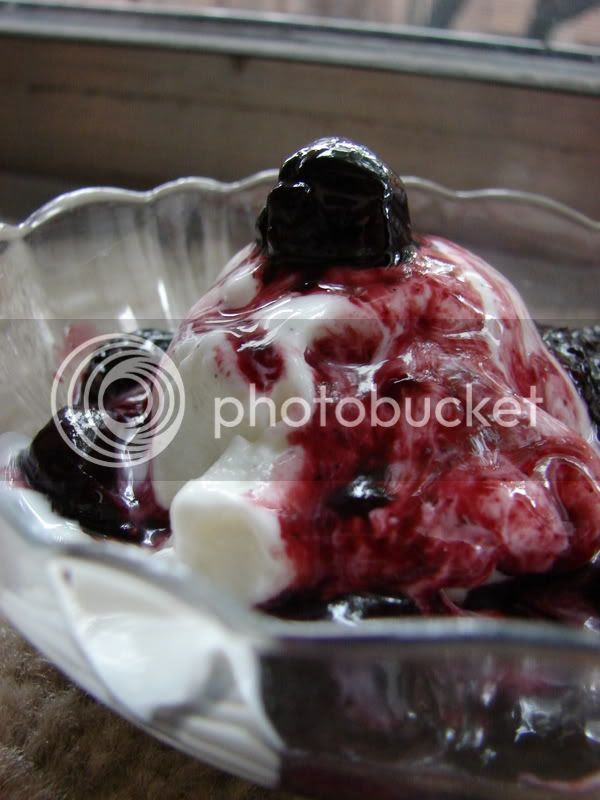 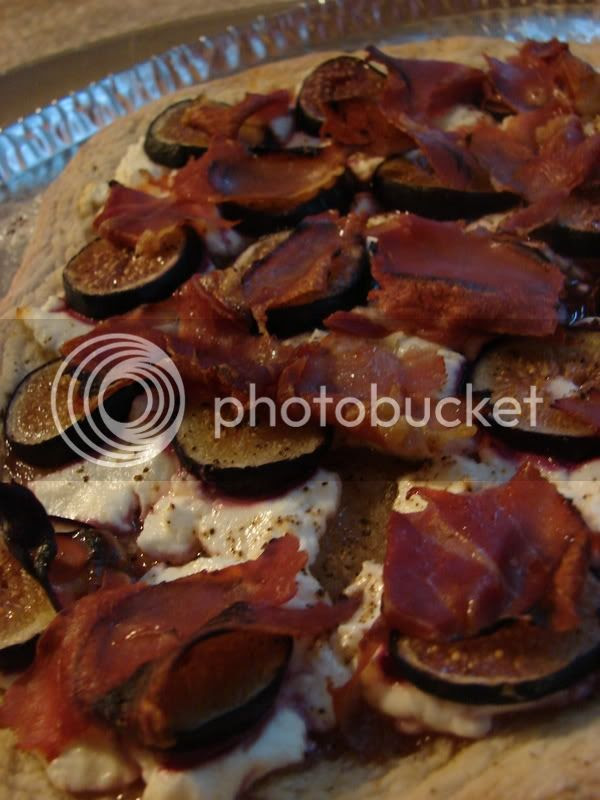 Oh, but this was dessert. We just made it all before dinner. Dinner was pizza. For the first time we tried some store-bought pizza dough. We usually get Naan bread from the International grocery or Indian store. The dough was a little hard to work with. The instructions made it sound so easy...just roll it out, add toppings and bake it!! But it didn't cooperate that easy. After some patience and various resting times, we finally topped our pizza. Jack opted for pepperoni and whole milk mozzerella and some of his yummy pizza sauce we had tucked away in the freezer. He thought going more normal was the right thing to do when trying out new crust. I, however, decided I would take this opportunity to try something completely different. Fig, Proscuitto and goat cheese with a little olive oil as the sauce. 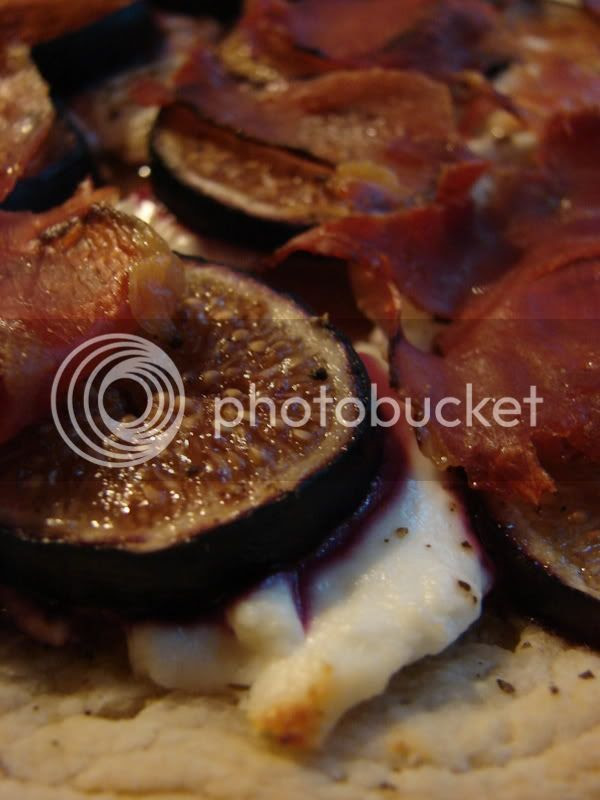 So I have a new favorite pizza topping combo. 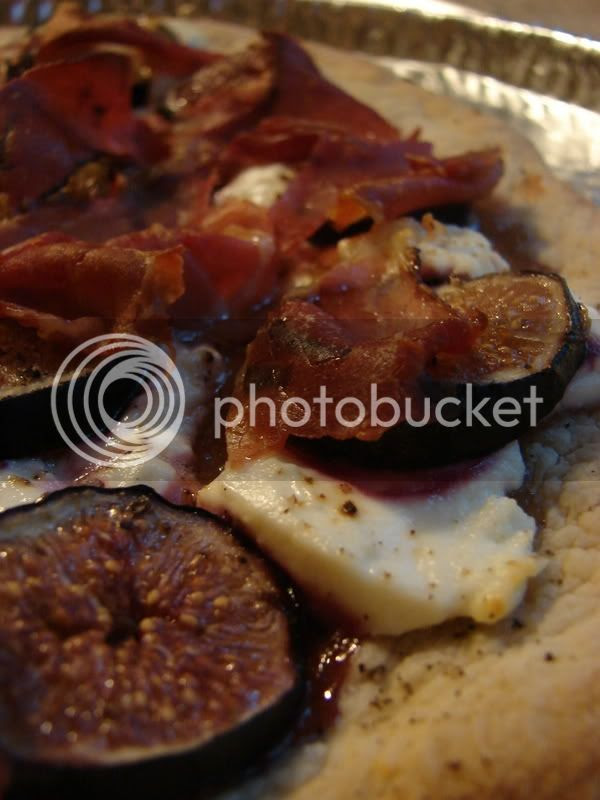 Sweet, earthy, salty, tangy. Do it.
Posted by ironstef