Back in August I went on a roadtrip to the East Coast. The trip was spurred by a cheap room on Myrtle Beach. We decided to drive there, and stop in some other cities on the way there and back, making the journey part of the vacation. I mentioned the trip in my Bacon Caramel Abelskivers post... yea, this post is way overdue. Thanks for your patience....

Our first stop was Asheville North Carolina. I have wanted to visit this town for years. I have heard it is adorable and hip without trying too hard. It's all true! Plus, it's gorgeous... nestled in the Smoky Mountains.

The vibe there is super-cool... local food and brews were as plentiful as hippies. Here are some highlights from our too-short visit: 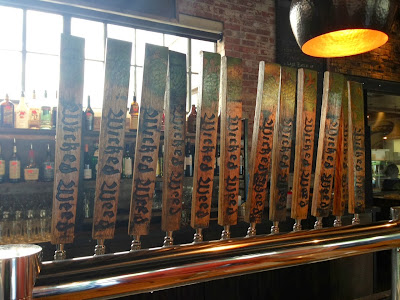 Wicked Weed Brewing
This is where we ate and drank the first night there. A brewpub with lots of different styles to choose from (I wish we could have tried more... they limit to 3 tastes on weekends. Next time I'll go there on a weekday!), Wicked Weed also has a menu of really good food. 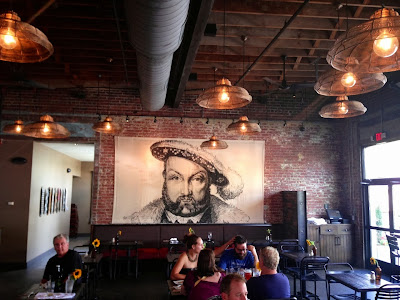 It was hard to choose a beer and hard to choose a meal... I wanted them all! Their name comes from a King Henry VIII quote : "Hops are a wicked and pernicious weed." The feel is rebellious, done right. 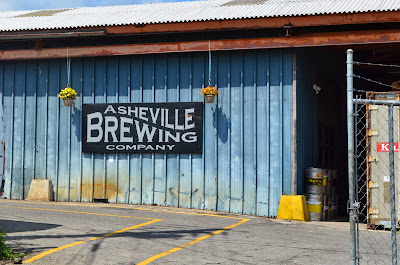 Asheville Brewing Co.
Our second day was mostly beer drinking. My partner-in-crime and I would order samplers or tasting flights at most places, so we could each taste everything we could without getting too buzzed. 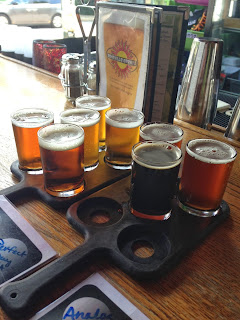 I loved ABC's Shiva IPA the best. They had food, too, and we were told the pizza is their most popular item. We just munched on some tater tots while enjoyed a great playlist and good beers. 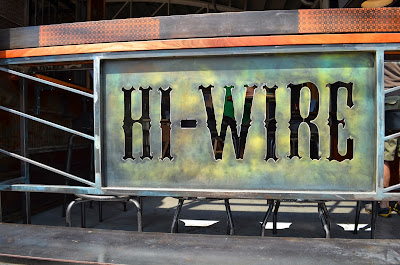 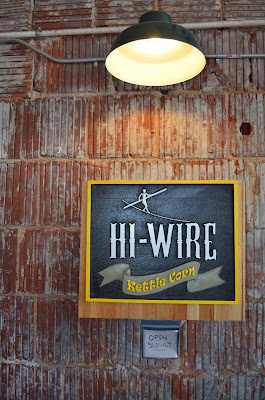 Hi-Wire Brewing
This is right around the corner from ABC... in fact, the bartender at ABC told us about it! That was another thing I loved about Asheville. We were trying to squeeze in as many brewery experiences as we could without much knowledge of the scene. In St. Louis, the beer scene is close-knit, and the brewers are happy to help each other even though they are competitive. I found the same to be true for Asheville! Bartenders at all the places we went were just happy to talk about beer, and were helpful in recommending what places to check out. 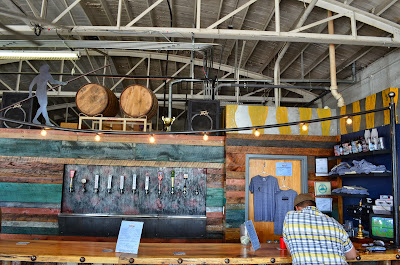 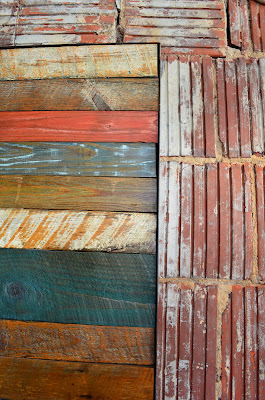 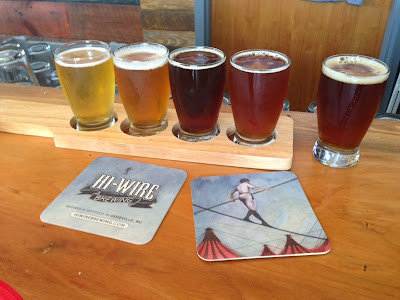 Hi-wire is brand new... I think it opened just like 2 weeks before we were there. The bartender/partner had even lived in St. Louis! I was totally smitten with this brewery. They have an iron high wire walker over the bar, and great circus artwork on their labels. And FREE kettle corn! The kettle corn was fresh, too... made there. Crunchy, sweet and salty... great with a board of beer samples. 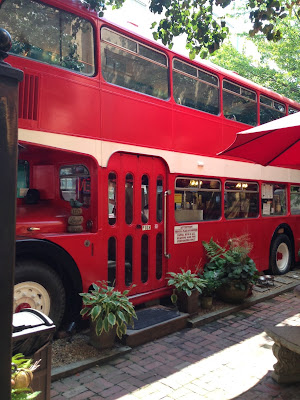 Double Decker Coffee
Anyone who's walked in downtown Asheville will be familiar with this coffee shop... it's in an actual double decker bus! How fun! Oh, Asheville. 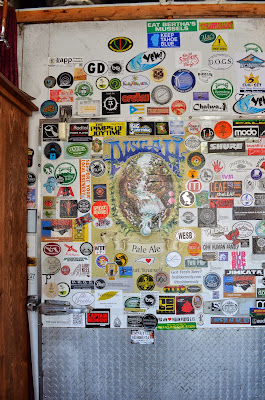 Pisgah brewing
This brewery was on the way out of town, on Black Mountain. It's in a kind of industrial park, similar to Three Flloyds brewing in Indiana. Inside, though, is pure funk. They have a big stage for live Rock and stickers everywhere, mostly for other breweries. 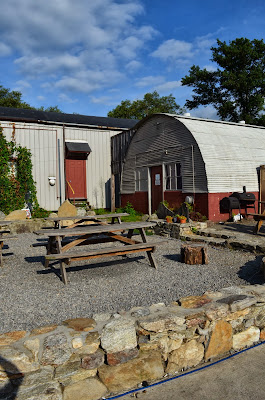 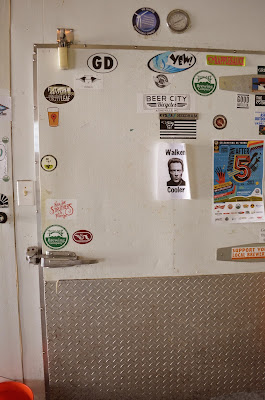 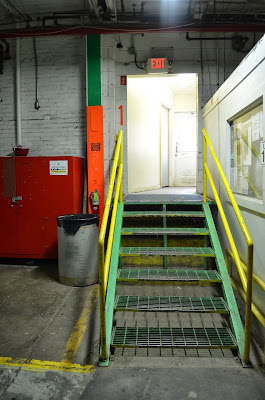 We were there on like a Sunday afternoon, so it was pretty vacant, but I have a feeling it gets fun-rowdy there on weekends. They have a great outdoor space, and award-winning beer styles for every taste.

We also hit Charlotte, NC for a day... 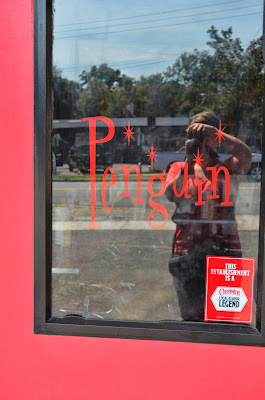 Penguin Drive-In
This is an Icon. Although Penguin is no longer under it's original ownership, it still has a good independent impression. Check out my friend Andrew Veety's post about the drive-in's troubles. The previous Penguin people opened the Diamond, which we were not able to make it to this trip. The Penguin's grill was down when we were there, so we could only get deep-fried items... darn :) 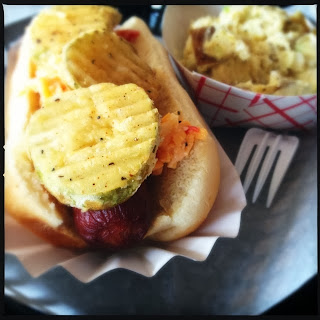 Yeah, they deep fry their hotdogs and the pickle chips. There is also pimento cheese on this. It is properly southern, diner and artery clogging all in one. 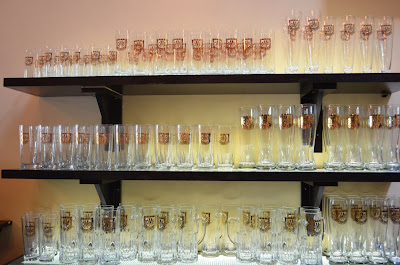 Old Mecklenberg Brewing
This brewery, opened in 2009, is one of Charlotte's OLDER brewpubs. A nice, large space with good, pure German-style beers and a really open view of the brewery itself through giant windows behind the bar. And you'll want to buy all the glassware.

So, go ahead, lay it on me... what are your favorite Asheville haunts? What'd we miss??

I definitely want to go there! Looks like a fun trip!