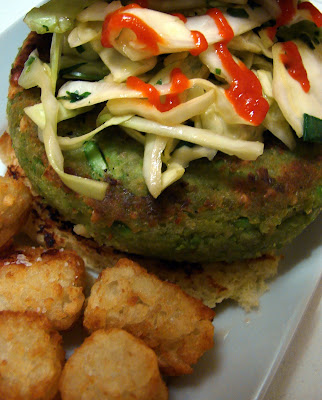 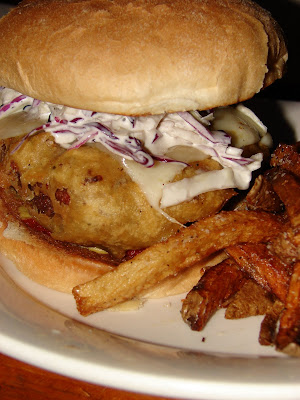 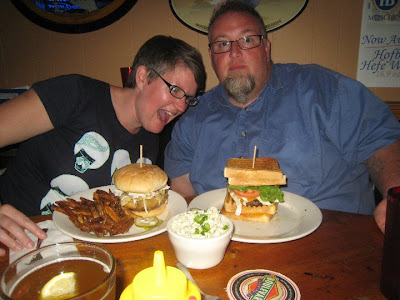 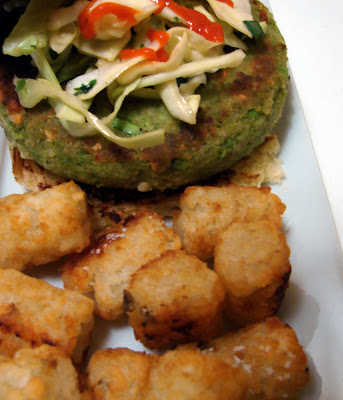 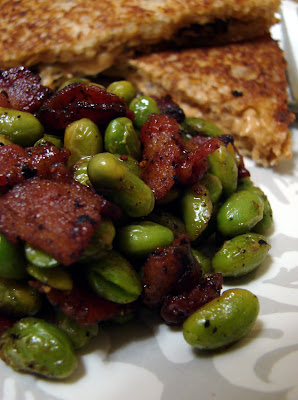 My friend Aims posted this recipe, strawberry-glazed edamame with bacon, and I was so intrigued. I never would have put these ingredients together! So I had to try it. And, wow, it works! The strawberry preserves give the dish a slight sweetness, making the bacon seem almost candied. What a discovery!

While I had the bacon going, I cooked an extra piece to make a peanut butter bacon sandwich. This was one of my favorites as a kid. At least twice a month my family had BLT night. Problem was, I didn't like tomatoes or mayo (still can't stand mayo), so my dad would make me this sandwich instead. My childhood peanut butter sandwich was just peanut butter on toast. This time I made the sandwich and cooked it in a pan with a little butter, like a grilled cheese. I also put a little honey on it. Yum. The edamame was a perfect side for it, too. What with the jelly and all :) 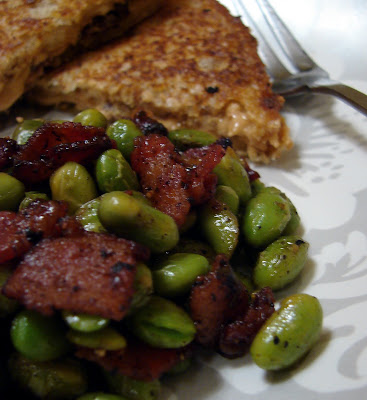 Cook/steam edamame according to package instructions. In a skillet over medium-high heat, cook the bacon until crispy. Drain excess fat, reserving about a teaspoon of drippings. Add cooked edamame and grated garlic to skillet and stir to coat. Spoon 1-2 tablespoons of strawberry preserves into the mixture and stir well to combine. Add liberal amount of fresh ground black pepper. Serve warm. 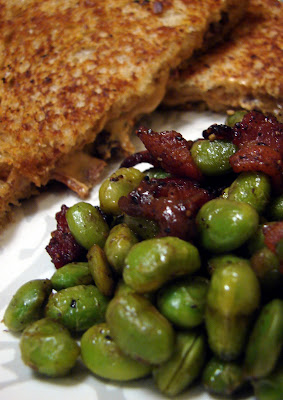 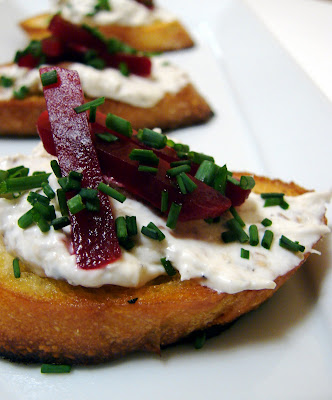 When I was at the store buying the ingredients for this dinner, I looked down into my red hand basket and thought "wow, this is all old lady food!" Smoked herring, pickled beets, prepared horseradish? I may as well have done all my cat food and yarn shopping at the same time! Well, my cat has plenty of food, I have yet to learn to learn to crochet beyond the most basic row, and my hair is not permed. (I did by pralines and cream ice cream during this trip though. not as old lady as rum raisin (mmmmm), but still).

WHATEVER. so I have reached a point in my life where I like old lady foods. I was in Wisconsin for work last week, and one of the menu items at this adorable pub was a smoked whitefish/horseradish appetizer, that I couldn't talk my colleagues into ordering. So I had to take matters into my own (not liver-spotted-yet!) hands and make a smoked fish, horseradish-involved dinner my own-dang self. And I couldn't leave out the beets. It just seemed natural... smoke fish, preserved horseradish... I needed a sweet, colorful, shelf-stable root veg to round out the equation! You see the logic... right? 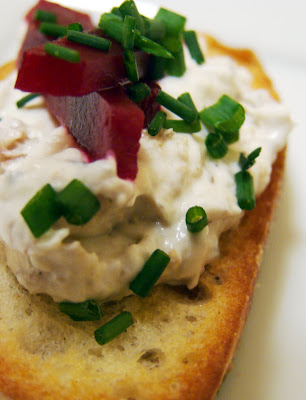 WHATEVER. this was good. Smokey, fishy canned fish, zingy, nostril-tweaking horseradish, creamy...erm.. cream cheese, and sweet, earthy pickled beets. I ate this by my lonesome old-ladyish self, but this is a quick dinner party starter idea. What? You don't have a Russian-themed dinner party planned? Get on it!

Mix together. Refrigerate until use. Spread on slices of baguette that have been sprinkled with olive oil and toasted. Top with julienned pickled beets and chopped fresh chives. 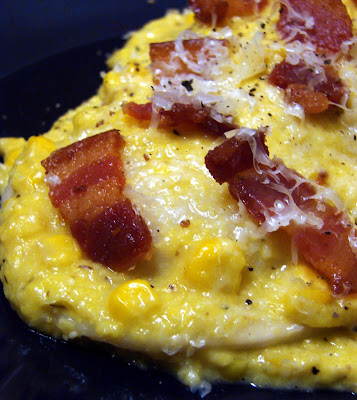 I've been wanting to try this recipe all summer. Unfortunately, I seem to have waited too long, and just missed corn season. Frozen corn is perfectly good, though. So I decided to still make it even though it is October. It sounded good, okay? After I grabbed my frozen corn, I walked past the frozen pierogies. I turned around and got some, knowing I needed to use these instead of plain pasta. Why? They are pasta... filled with mashed potatoes. I have always mixed my corn with my mashed potatoes! It was meant to be! This turned out yummy. Creamy, sweet corn with salty bacon and pockets of potatoey goodness. It's not very photogenic, but it sure is tummy-genic! 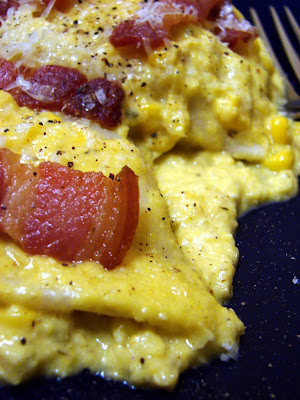 Cooke the bacon until just crisp. set aside, leaving the grease in the pan. Cook the corn in the bacon grease with some salt and the thyme for about 5 minutes. Put corn in food processor with garlic. pine nuts and cheese. Process until pureed, adding water as needed. Dribble in olive oil with processor running. Taste and season.

Boil Pierogies according to directions. Reserve some of the cooking water. Drain, add about 1 1/2 cups of the corn pesto to the pierogies, toss, and heat through. Serve topped with bacon and more Parmesan.