I apologize for the late post, but I have a good excuse! I was on the road all week with two of my favorite people! A trip planned around Beer, food & Music, we dubbed this adventure "Epic Roadtrip 2012." We hit up Chicago, Milwaukee, Minnesota, and several small towns in between. Here are some of the highlights (there were A LOT. epic, indeed.) 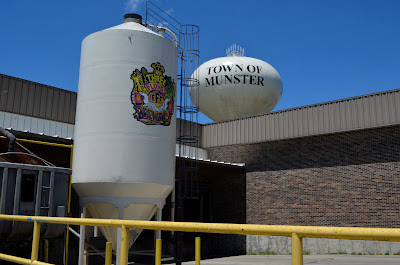 Our first stop was 3 Floyds Brewery in Munster, Indiana. I have had some of their beers, and loved them, so this was an exciting opportunity. Located in an industrial park, the setting does not at all prepare you for what's inside. The bar that is attached to the brewery is artsy and heavy metal, with playful, interesting food. And great beer, obviously. 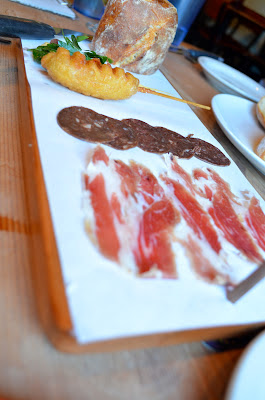 We all did tasting flights and ordered a few small plates. The meat board was so fun: chili corndog, chocolate sopressata and coffee lomo. Those crazy Floyds. 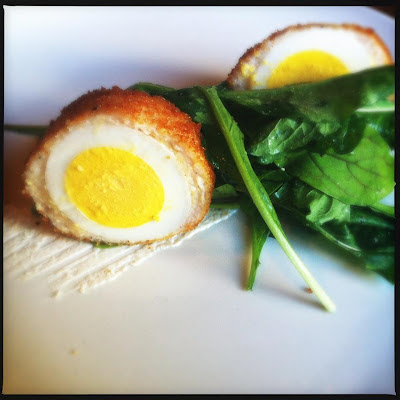 The scotch egg was surprisingly light, made with chicken sausage instead of the usual pork, and served with a creamy horseradish sauce. 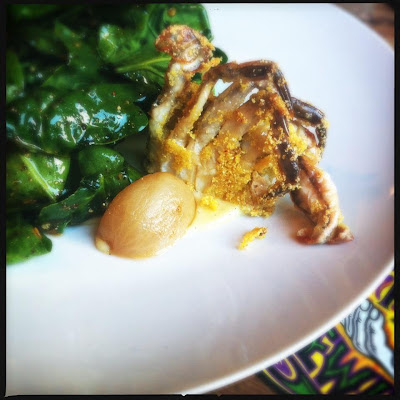 Soft Shell crab? did not expect that. And it was great! Served with bitter greens, braised radishes and, wait for it, lemon-vanilla sauce. Wowsers. 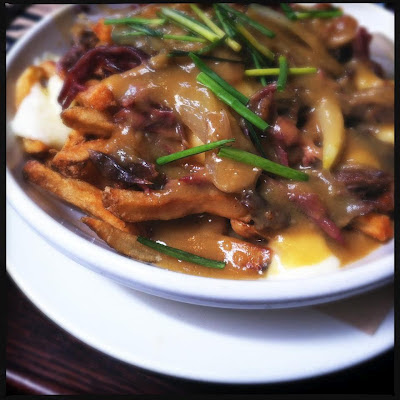 In Chicago we went to Goose Island brewery's pub. There, besides more beer tasting, we got some hearty and interesting bar food. The duck confit poutine made me oh-so-happy. 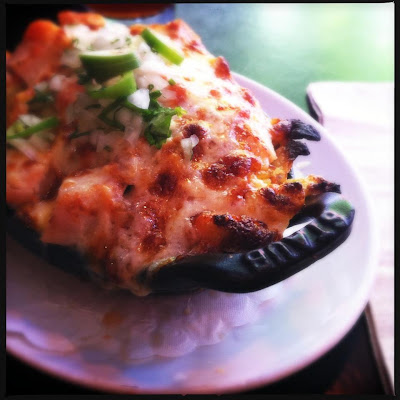 We went to Rick Bayless' Xoco, a small casual Mexican place with fantastic breakfasts and hot chocolate. This is the Chilequiles with chicken and eggs.... like a casserole of tortilla chips, chiles, salsa, eggs, chicken and cheese. Don't miss Xoco! 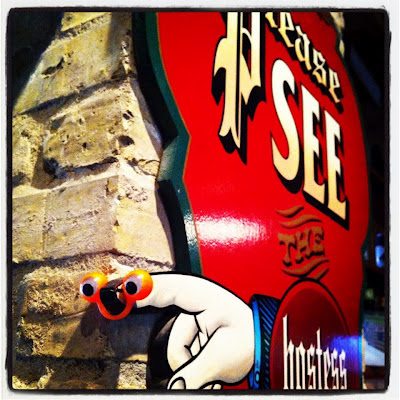 In Milwaukee, we hit Milwaukee Brewing's pub and tasted as many of the beers as they'd let us. A large, comfortable bar, with friendly, helpful bartenders who were noticeably proud of their beer and their city. And I would soon find out, Milwaukee is deserving of that pride. Loved this city! We also visited Lakefront brewing. I know we missed a bunch of smaller brewers, but that's just more motivation to come back, right? 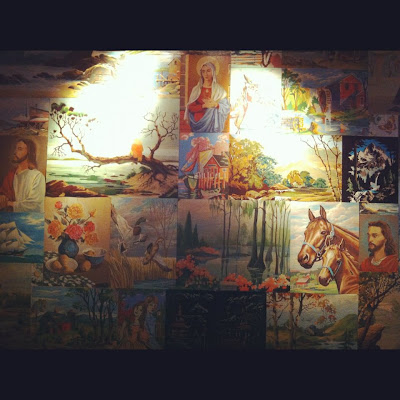 A cool place to hang out in Milwaukee was the Art Bar, which has this super paint-by-number wall, had a good beer selection and fun atmosphere. Von Triers was a nearby old-skool German bar complete with elaborate wood cuckoo clocks and suits of armor. Tons of beers there, too, and they even served them in the correct glassware! 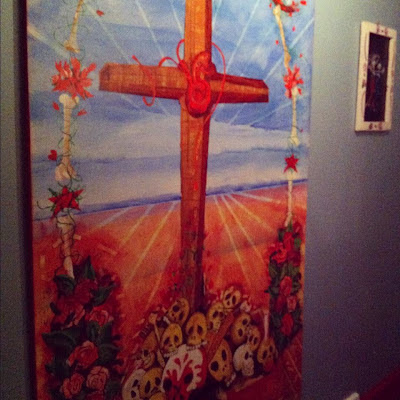 We had dinner at a funky little Mexican place down the street from the Art Bar, Cafe Corozon. Besides all of the kick-ass day of the dead and religious art, the food was quite tasty. 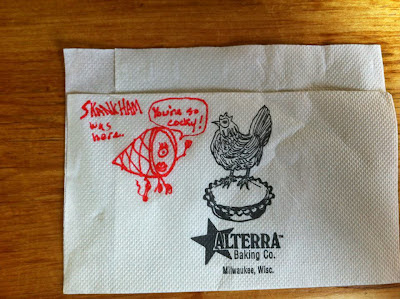 On our last morning in Milwaukee, we went to Alterra coffee (A local coffee-roaster)'s lake-side cafe. This was a super cool old building that doubles as a Milwaukee River flushing station. The breakfast menu features lots of local ingredients and pride. (Skank Ham liked the road trip, too.) 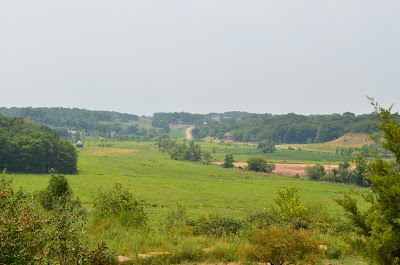 On the way from Milwaukee to Minnesota we detoured a little bit to New Glarus Brewery. I have had a couple of their beers while on business trips in WI, so I was excited to go to the source. The brewery is located in a gorgeous setting in a hilly farming area. 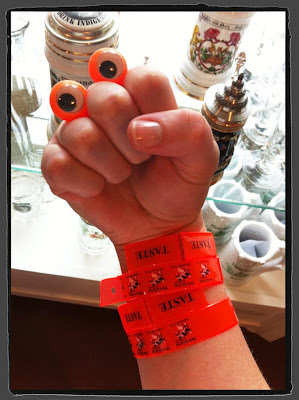 Knuckles Handerson helped me taste the New Glarus beers. Yum. We left with a few boxes of product and souvenirs. 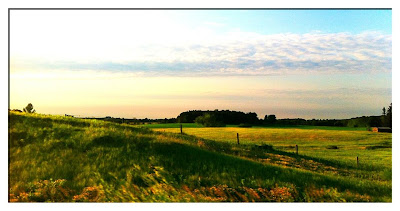 Wisconson was beautiful. We were sad to leave it, but excited to get to Minneapolis!

In Minneapolis we spent our first morning at Al's Breakfast. Al's is a tiiiiiny diner in a University neighborhood. And I mean TINY... it is literally 10 ft. wide. We waited behind the people eating at the counter for about 30 minutes... not bad, unless you're claustrophobic. 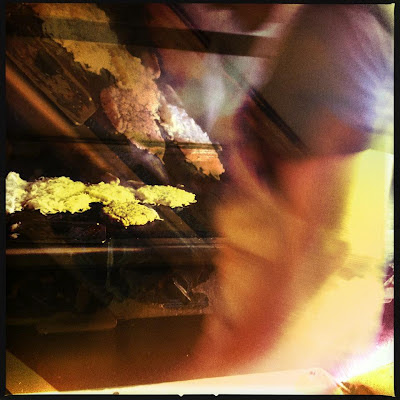 Although it was really hot, I was happy to have the seat in front of the grill, where the cook hospitably answered my annoying questions. I learned some tips for making the perfect hash browns and poached eggs. Nice folks at Al's, and they seemed to love working at this "dive"... one guy even had the Al's logo tattooed on his forearm!  This was some well-crafted breakfast fare. 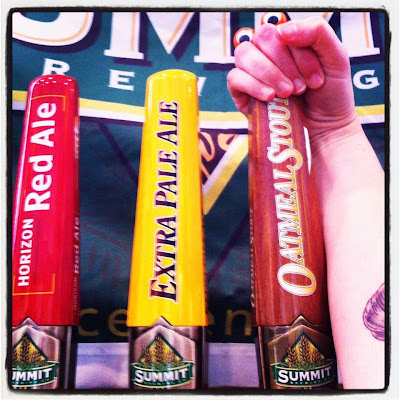 We visited 3 breweries in Minneapolis: Summit, Surly and Flat Earth. Summit and Surly were not able to give samples or tours while we were there, but it was neat to see the places, get some goodies from the gift shops and talk to the people. All three breweries had beer readily available at most of the local liquor stores, so despite not being able to buy any at the breweries, we were able to get some to take home with us. 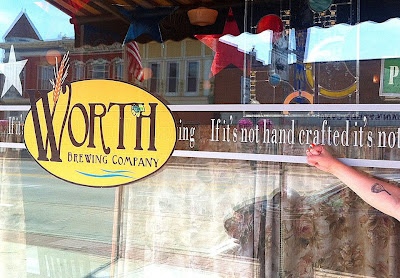 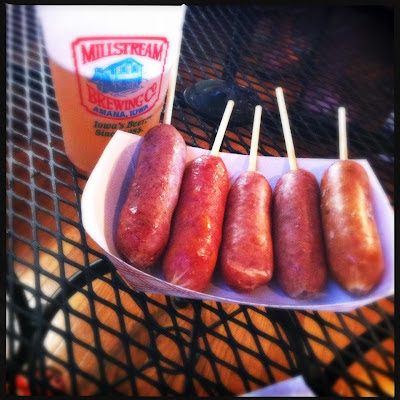 On the way home, through Iowa, we were able to squeeze in visits to 2 more breweries: Worth Brewing, a very small place in a very small town, and Millstream, one of the oldest microbreweries in the country. Millstream is located in Amana, IA, a touristy yet quaint Amish town. We happened to be there during a beer & bratwurst festival. We liked the sausages we tried so much that we went over to the neighboring Amana meatshop and got some to take home! 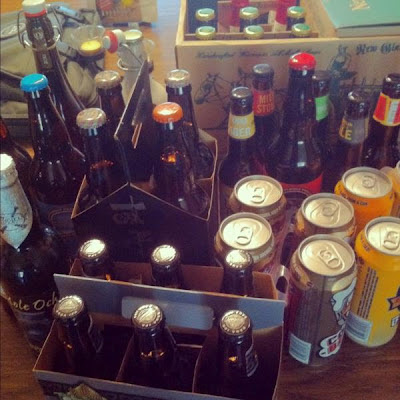 This was my beer haul from the entire trip. Whoa. I love love love how much attention craft beer has been getting the past few years. It's great to be able to travel anywhere and have plenty of options to visit breweries.

That was our Epic Roadtrip 2012! So much fun. I'm sure there are tons of places in these cities and towns that we missed out on... feel free to leave your favorites in the comments. I love experiencing the food and beer cultures of other cities! There is such a rich tapestry in the country... and it brings every kind of person together! So.... when do I get Anthony Bourdain's job?

Glad you had fun! You tried a lot of awesome breweries.