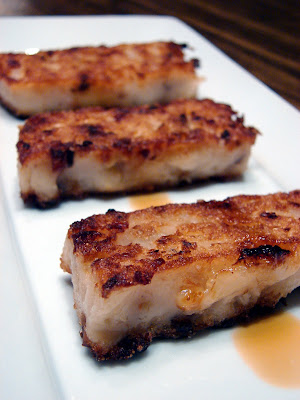 While sampling the array of deliciousness at my favorite buffet, Ryce Oriental buffet, I found something surprisingly tasty in the dim sum section. Surprising because it was simply called "turnip cake," and while I'm a big fan of turnips, "turnip cake" doesn't sound all that appetizing. But, oh man, as soon as I tasted it I knew I had to try and recreate it.

So last week, while eating at another new favorite place, Lucky Spring, my Chinese-speaking friend asked the chef how to make turnip cakes. The chef sent me home with some rice flour, another white flour that my friend couldn't think of the word for in English (almost positive from tasting it that it's potato starch) and a big Chinese radish, along with some direction and a recipe written in Chinese. I supplemented these with a trip to the Asian grocery store and some research online. 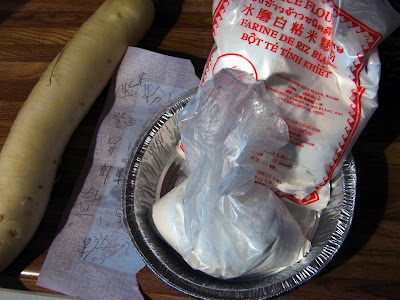 This is what I came up with. Success, according to a Chinese dude who loves to eat. I liked them, too. Next time, though, I will use less dried shrimp, as they impart a pretty strong flavor, and I will chop everything up even finer. 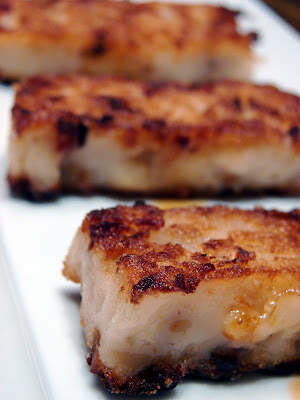 Combine the flours with 2 cups of water. Stir until smooth. Set aside

In same skillet, add another tablespoon of oil and stirfry the radish for about 3 minutes. Add 1 cup of water, cover and let the turnip steam for 15 minutes or so until just cooked.

Add the hot turnips to the rice flour batter and stir well. Add the mushroom mixture and stir to combine. Pour mixture into a large cake pan, or some smaller cake pans.

Bring some water to a boil in a pot big enough to hold your cake pan/pans (I used a stock pot that has 2 different size colander inserts, with a small rack on the bottom, so it was 3 stories of steaminess in one big pot). Reduce heat to a simmer, cover and let cake/cakes steam for 1 hour, until they are set. Remove cakes from steamer and let cool a bit.. at least 15 minutes. Turn the steamed cakes out onto a cutting board and cut into 1-inch slices. Pan fry until golden brown on both sides. Serve with soy sauce. 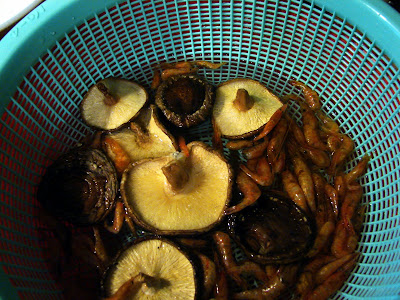 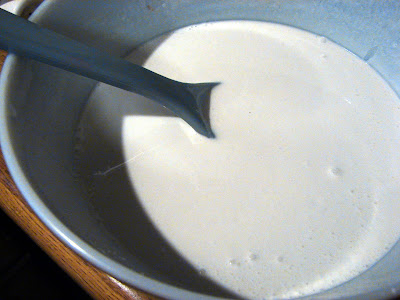 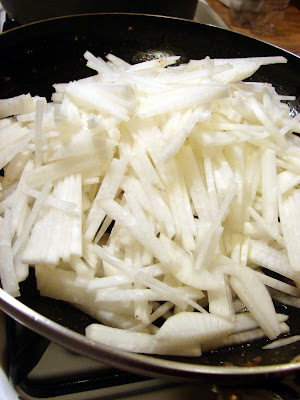 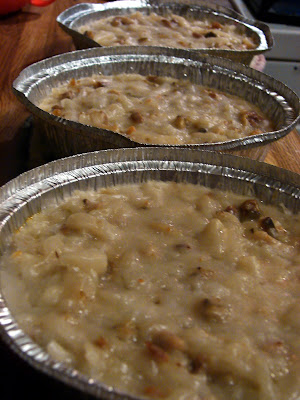 Turnip cakes fresh from the steamer 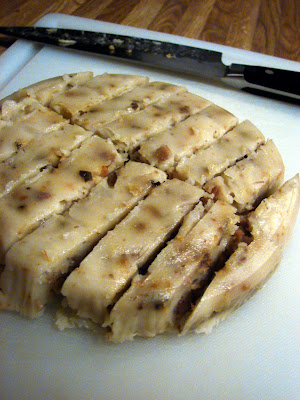 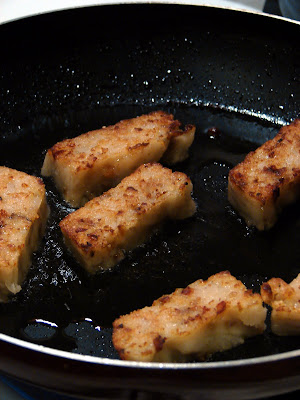 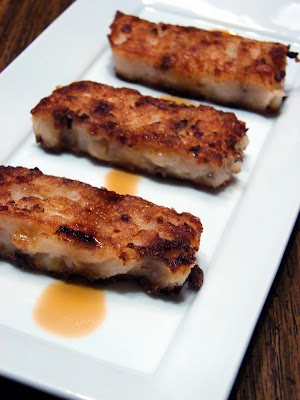 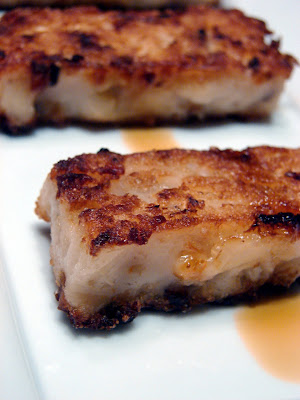