The year of the Mafia 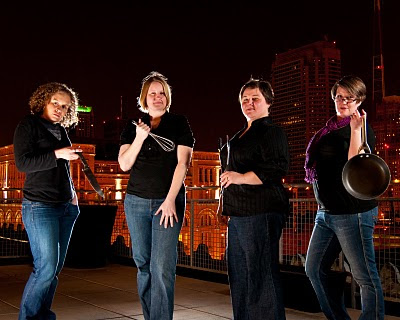 While technically we started the Food Blog Mafia in 2009, Kelly, Kelli, Annie and I were in full force in 2010. I mean, we had a professional photo shoot (thanks to the talented Corey Woodruff...call him!) and had business cards made. Bigtime, yo. But seriously, I love these girls, and we had some fun times this year.

The photo shoot was a hoot, and Woody made us look bad ass! See the photos on his blog here. 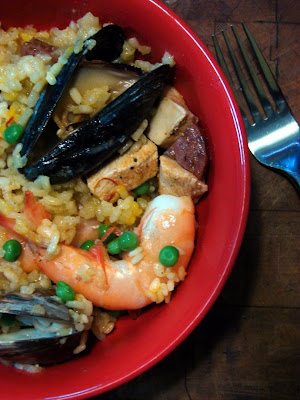 Some of my most favoritest FBM moments happened at Kelly's house. Like making Paella for the first time. And making Pretzels. And, of course, the infamous Balut-eating videos. Wow did I catch hell for that... people reacted as if Jerad and I were Serial Killers for eating these Filipino delicacies. Well, people, I regret to inform you that they were tasty, and while they are super-gross looking, I would totally eat balut again.

My favorite Food Blog Mafia posts to write were my Made Matches series, in which I paired specific beers to specific foods. I also enjoyed talking to Linda, from Free Range Cookies, a gluten-free bakery in my little Neighborhood. She makes amazing cookies. I took the FBM's official photographer with me. He also went to Salume Beddu with Kelly... cute meat guys! 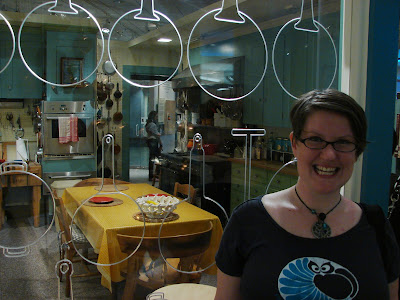 I also wrote about eating in Maryland and Washington DC. That trip was when I made the food enthusiast journey to the Mecca that is Julia Child's Kitchen at the Smithsonian. Seriously, it was like visiting the Holy Land. What an amazing moment.

The Year of the Burger 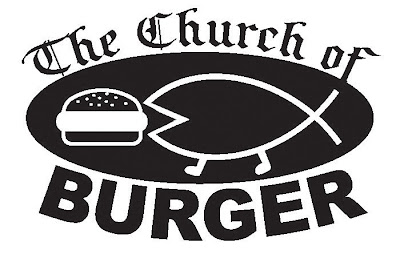 I managed to get myself involved with Andrew Veety's project, The Church of Burger. I may or may not have weaseled my way in by offering my services as a logo designer. Either way, what a great experience. For the Church of Burger, Andrew polled his blog readers about what their favorite burger in St. Louis was. Every month we went to one of the places voted in the top 12 until, in December, we went to the voters' favorite. The month I started was the month that CoB caused a ruckus in the St. Louis food/twitter scene. Read about it in Kelli's FBM post! Craziness. My official recap and favorite burger will be up on Andrew's site in the next week. Keep your eye out!

The year of the Tater Tot 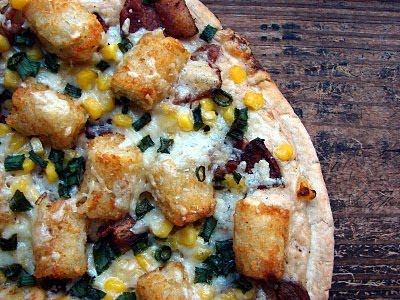 I'm not sure why tater tots went by the wayside since becoming an "adult" (term used VERY loosely), but I welcomed them back into my life in 2010 with flair. There were the tater tot tacos, and the pizza pictured above. 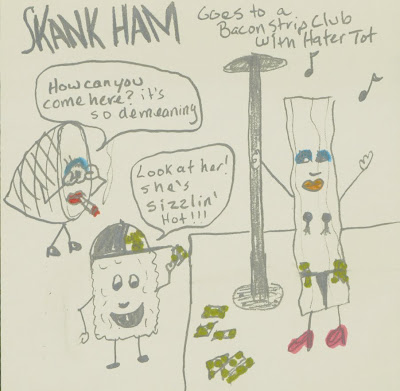 Oh, and Hater Tot, one of my favorite recurring characters on Skank Ham. He so crazy.

The Year of Recipes

Some favorite meals from 2010: 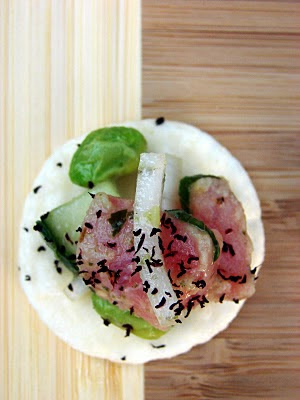 Cannellini Beans with Fennel and Bacon 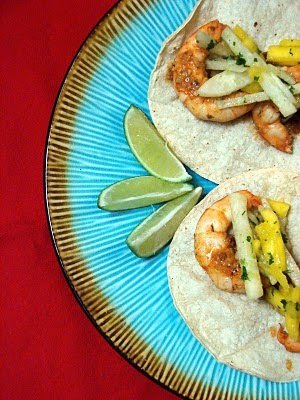 
So... a good year, 2010. Oh, I have yet to write about it, but ummm... I sort of met NIGELLA BLOODY LAWSON. Yeah. My biggest girl-crush in the world, and one of my culinary heros. She was doing a book-signing in town. 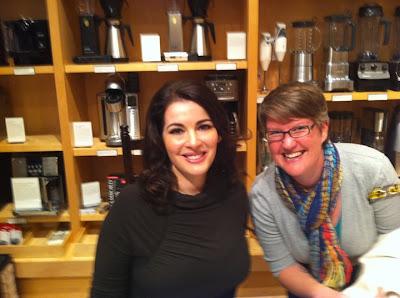 She was so so gorgeous in person, and so darn sweet!! As you can see I was wearing my excitement and nervousness on my face. Beet. red. I don't think I was breathing. Way to play it cool, Iron Stef.

Happy 2011 to you all, and thanks for reading! I'm looking forward to many more food adventures in the coming year. Cheers!

You make tater tots look amazing. I haven't eaten one since I was forced to eat tater tot casserole as a child. That pizza gives me hope for them making a return in my life though.